Scandal And The Duchess (MacKenzies & McBrides, #6.5) by Jennifer Ashley

review at http://ramblingsfromthischick.blogspot.com
Four Stars
Jennifer Ashley is one of those authors I keep wanting to read. But I always get distracted with another book or something happens. When I saw the audiobook available I jumped at the chance to hear it! I had heard so many great reviews about her books. I’m glad that I was not disappointed!

First the hero and the heroine were so much fun! This is a short audiobook and the actual story is only 160 pages. It was short, but very sweet and gratifying! Ashley portrays a very modern issue in a historical context, which I thought was fun! Our heroine, Rose Barclay is a “fallen” woman. She is considered scandalous after her older husband suddenly dies a short while after their marriage. She has no resources available to her since her deceased husbands son has cut her off without any means. Rose is living with a footman and his wife. Because of her scandalous marriage the press is always hounding her. They follow her around waiting for another scandalous thing to occur.

Steven McBride is a soldier and one of the famous McBride brothers, unfortunately I have not read any of the previous books in the series so there were some characters that I did not know. That however did not impede my enjoyment of this story. Steven, the youngest brother, is basically drunk off his butt when he literally falls on top of Rose. Since Rose is constantly hounded by reporters this does not go unnoticed. Rose feels terrible because of her reputation and takes Steven to her footman’s house to help him in his very drunken stupor. When Steven realizes that Rose is in need of help he steps in to help her. I really liked Steven and Rose as a couple. Although most of the story is centered around Rose, there are a couple of surprises surrounding Steven as well.

There were so many different aspects of this story that I really loved and thought that the author dealt with in a creative manner. First, there was a mystery to be solved. I thought this was a fun part of the story. It really cemented Steven and Roses relationship as they worked together to unravel it. It also added another element to the story. I thought that the way the author interjected it was very clever. Also, I really liked that the author had other family members from the previous books appear. It only sparked my interest in reading the other books in the series.

My only issue with the story was Roses marriage to the Duke of Southdown. It really disturbed me. There seemed to be a significant age difference between them and Rose seems to have viewed him as a father and did not express romantic feelings for him. I kept waiting for there to be some big secret as to why she really married him. My only complaint about the narration is that at first it was too fast. I had to go back and listen to it again a couple of times because she spoke too fast. This was an enjoyable experience. I really liked the characters and the plot. I’m excited and looking forward to hearing the next book, “Rules For A Proper Governess (MacKenzies & McBrides #7). Stay tuned for that review! 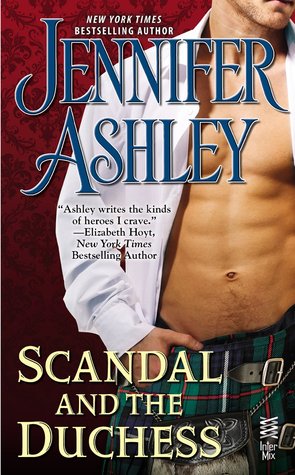