How to Steal a Scoundrel's Heart by Vivienne Lorret
My rating: 2 of 5 stars

Struggling with this book!
The storyline seemed like a great idea but its dragging for me.
I am going to start off with the preface that I am in the minority here... many readers seem to LOVE Vivienne Lorret and many readers that received ARC seemed to really enjoy it...not me...
I have been wanting to read Vivienne Lorret for a long time and was grateful for the opportunity to receive an ARC of "How to Steal a Scoundrel's Heart".  I am not a fan of insta-lust so there was some hesitation with the storyline...but I liked the plot...
SPOILERS ARE COMING:)  Don't read any further...
So Leo Ramsgate, Martquess of Savage is the typical hero I like. Smart, confident-but not aggressive and not a jerk. He is sure of himself, what he wants, treats his mistresses with dignity and respect but he also has an edge to him.  Prudence Thorogood is is usually the type of heroine I like. She is sweet, kind but has a goal and wants to become independent.  Because of choices she has made ( really dumb choices not even stupid... dumb) she is seen as a FALLEN woman... She has no income, no inheritance and when Leo makes her an offer to become his mistress she is hesitant but ultimately agrees.  So far the storyline seemed good... Leo is generous to her, respectful and she is not a typical gold-digger. But that is where it ended for me. Pru was so clueless about everything... she seemed to have no clue about anything and everything.  The chemistry between Pru and Leo was boring and at times creepy. The dialogue was awkward, Pru's fall from grace was not really that big of a fall... This book was a big miss for me, but like I stated early-I am in the minority.
View all my reviews
- May 24, 2022 No comments:

Good Girl Complex by Elle Kennedy My rating: 5 of 5 stars

Good Girl Complex by Elle Kennedy
My rating: 5 of 5 stars


ENJOYED it so much!
Its been so long that I enjoyed a romance novel this much!
And probably the only YA that I have enjoyed.
Mac and Cooper are super and enjoyable.
Thank you Elle Kennedy for the funny dialogue. I miss witty and funny conversations!
I am anxiously waiting for the next book in the series! "Bad Girl Reputation"
I have not read a novel that I enjoyed this much in months!
I loved the narrators. The hero is read by a man and heroine women-its great!
https://booknerdloleotodo.blogspot.com/

When She Dreams by Amanda Quick 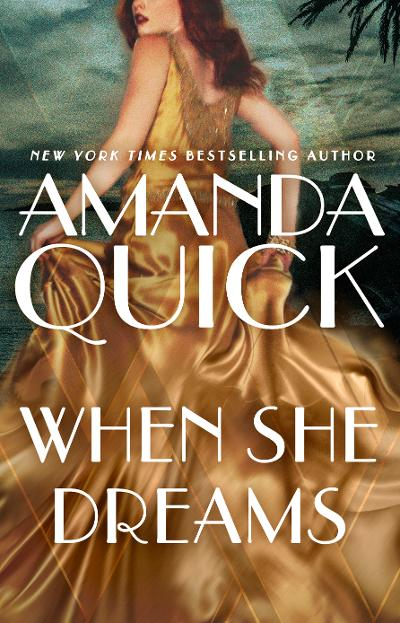 Return to 1930s Burning Cove, California, the glamorous seaside playground for Hollywood stars, mobsters, spies, and a host of others who find more than they bargain for in this mysterious town.

Maggie Lodge, assistant to the reclusive advice columnist known only as Dear Aunt Cornelia to her readers, hires down-but-not-quite-out private eye Sam Sage to help track down the person who is blackmailing her employer. Maggie and Sam are a mismatched pair. As far as Sam is concerned, Maggie is reckless and in over her head. She is not what he had in mind for a client, but he can’t afford to be choosy. Maggie, on the other hand, is convinced that Sam is badly in need of guidance and good advice. She does not hesitate to give him both.

In spite of the verbal fireworks between them, they are fiercely attracted to each other, but each is convinced it would be a mistake to let passion take over. They are, after all, keeping secrets from each other. Sam is haunted by his past, which includes a marriage shattered by betrayal and violence. Maggie is troubled by intense and vivid dreams—dreams that she can sometimes control. There are those who want to run experiments on her and use her for their own purposes, while others think she should be committed to an asylum.

When the pair discovers someone is impersonating Aunt Cornelia at a conference on psychic dreaming and a woman dies at the conference, the door is opened to a dangerous web of blackmail and murder. Secrets from the past are revealed, leaving Maggie and Sam in the path of a ruthless killer who will stop at nothing to exact vengeance.

Amanda Quick is a pseudonym for Jayne Ann Krentz, the author, under various pen names, of more than fifty New York Times bestsellers. There are more than 35 million copies of her books in print. She is also the author of the Ladies of Lantern Street novels and the Arcane Society series.

It struck him that being here with Maggie was different. Sam was comfortable standing in the alcove with her for a couple of reasons. The first was that she wasn’t asking him to become something he wasn’t. She had been concerned about the evening jacket only because she thought it constituted the camouflage he needed to go undercover for the investigation.

So, yes, she was enthusiastic when it came to telling him how to do his job, but he had no problem with that. He already knew how to do his job. He found it entertaining to have her instruct him in the art of investigation. Okay, it was also irritating. Why did it amuse him? One of the mysteries of the universe, probably. Make that one of the mysteries of Maggie Lodge.

As for the second reason why he was happy to stand here with her—well, he wasn’t sure what it was yet, but there was another reason, of that he was positive.

Her own camouflage this evening was entirely satisfactory, as far as he was concerned. She wore an emerald green number with short, fluttery sleeves. The dress was demure in front, cut low in back, and clung to her feline curves. The silky fabric flowed over her hips and stopped just short of her very nice ankles and green evening sandals.

Her hair was parted in the center and clipped back behind her ears with a couple of combs. It fell in soft waves to her shoulders. Her jewelry was limited to a pair of simple gold earrings and a tiny evening bag studded with gold sequins. Classy. He would have been content to stand in the alcove with her all evening, sipping champagne and studying the crowd.

That was it—the second reason why he liked being here with Maggie. She was an outsider—an observer—like him. He wasn’t sure how he knew that, but he trusted his intuition. Maybe, deep down, they actually had a few things in common. But probably not.

“Guilfoyle may be a fake psychic selling dreams, but judging by the size of this crowd, it’s obvious he’s got a real talent for promotion,” he said.

Maggie sipped a little champagne but she did not take her attention off the people milling around the grand room. He knew she was searching the faces of those around them, trying to spot the woman who was posing as her employer.

“I told you, Guilfoyle has some interesting theories and techniques,” she said. “That’s why I originally planned to attend this conference.”

Sam watched Arthur and Dolores Guilfoyle play the role of gracious hosts at the entrance of the lobby. They made a handsome, glamorous couple. Dolores was a striking, sophisticated blonde. She wore a pale pink gown that glittered with what must have been a million pale pink sequins. Long pink gloves, a dainty pink bag, and a lot of jewelry completed the outfit.

Arthur had the dark eyes and the chiseled profile of a leading man. He deployed a polished charm that seemed to work as well on men as it did on women. His tailored black-and-white evening clothes fit his tall, lean frame with the perfection that could only be achieved with hand-tailoring. His dark, collar-length hair was brushed back from a dramatic widow’s peak and gleamed with just the right amount of oil.

In addition to the Guilfoyles, four attractive young people—two male and two female—circulated around the room offering champagne and a warm welcome. They wore name tags identifying them as dream guides. They all looked as if they had been borrowed from a movie studio for the evening.

“Do you think there’s something wrong with Guilfoyle’s eyes?” Sam asked in low tones.

“His eyes?” Maggie was obviously surprised by the question. “No, what makes you ask that?”

“I noticed a weird look in them when he kissed your hand.”

“I thought maybe he had a vision problem. Does the smoldering thing work on you?”

“Under other circumstances, I might find it entertaining, but I have other interests at the moment.”

Excerpted from When She Dreams by Amanda Quick Copyright © 2022 by Amanda Quick. Excerpted by permission of Berkley. All rights reserved. No part of this excerpt may be reproduced or reprinted without permission in writing from the publisher. 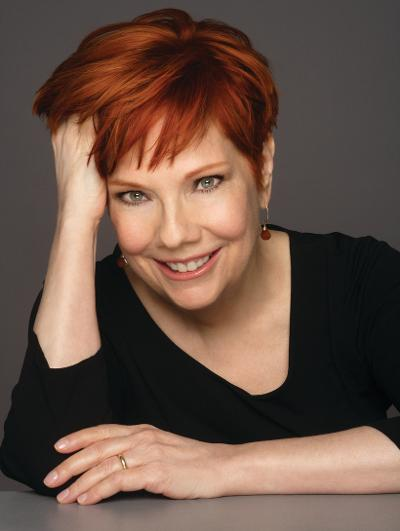