Englishman Lord Langsford is leaving California after an adventurous visit, but finds more excitement in a Dime Novel that he shares with his two fellow travelers on the train bound to New York: This is the embellished but true tale of Black Bart and Special Agent James B. Hume of Wells Fargo & Company.

It’s California gold country and the notorious Black Bart robs his twenty-eighth Wells Fargo Stagecoach. The stage driver shoves down the heavy cash box then whips his team into a gallop away from the gunslinger. When the outlaw dismounts his horse to gather up his loot, a rattler slinks onto the road and bites him through his boot. He shoots off its head, but his horse bolts, leaving him snake bit and on foot. The gold from the local mines is heavy. He must carry the bounty out of the Sierra Mountains or die trying.

Special Agent James B. Hume of Wells Fargo & Company, a friend of Lord Langsford, has been after Black Bart for eight years. Now for the first time, Hume has some of the outlaw’s possessions. He has to use his wits, but the gunslinger has nearly a week’s head start. Can Hume catch the outlaw once and for all? Or will Black Bart escape to terrorize again?

The daughter of a newspaperman, A.E. Wasserman grew up in a household filled with books and stories. At age 14, she wrote her first novella and never stopped writing.

A.E. Wasserman’s current mystery/thrillers series, featuring Englishman Langsford has garnered international attention, not only in the U.S., but Europe and the U.K. as well. Her work is critically acclaimed as richly atmospheric; her writing style bold and well-crafted.

After graduating from The Ohio State University, she lived in London, then San Francisco. Currently she resides in Southern California with her family and her muse, a Border Collie named Topper.

Monday, September 24
Passages to the Past

Wednesday, September 26
Clarissa Reads it All

Tuesday, October 9
What Is That Book About

Have you ever read a book where you loved and hated it at the same time? That is how I felt about “Bad Night Stand” by Elise Faber. The title of the book immediately caught my attention. I enjoyed the unique and the fun spin on the title. I was also hooked on the female heroine and her life. Abby has a great life. The first persona narrative really made her personable. She has a beautiful friend who gets all the attention from men. One man in particular singles her out-Jordan. Jordan likes Abby and is immediately taken with her. Abby feels the same way with Jordan. When they both give into their desires they are faced with a big consequence- a failed IUD. Abby is shocked and Jordan also but he also becomes very suspicious of Abby and questions her motives. Abby comes from a very chaotic and difficult child hood so she is determined to make sure that the baby has her as at least one reliable parent. Jordan just made one the biggest deals of his life when he sold his tech companion. He is still not sure what to make of the unexpected surprise Abby throws at him. It seems that they are doing things backwards- barely knowing each other but having a baby together.

I had so many contradictory feelings about this book. I finally made peace with a three star review. First, the heroine-Abby. I liked her and I loved the close friendships she had with her girlfriends but many times she sounded more like a teenager than an adult. Her behavior was so erratic and dramatic it was hard to get past her over the top responses. Jordan was not my favorite hero. He was very extreme or mercurial -which ever way you want to look at it. It was hard to figure him out and really it was the relationships that surrounded him that made me warm up to him. If not for the deep devotion he had with his nephew he would have been a number one loser in my book. Aside for my lukewarm feelings towards the hero and heroine was my difficulty with unprotected sex. It’s 2018, please use a better storyline. Last, the over the top scenarios: billionaires. I would have liked the storyline better if they were not all so wealthy. Finally, everything seems to happen to Abby from her father that hates her to cybercrime.

Ok so why three stars? Really, I could not put the book down. I wanted to know how Abby and Jordan would work out all their difficulties and also the last part of the story has me curious about Cecile and her mystery ex-fiancé who left her at the altar! Am I counting down? Yes, I liked Cecile and Faber really did a great job making the secondary characters interesting. 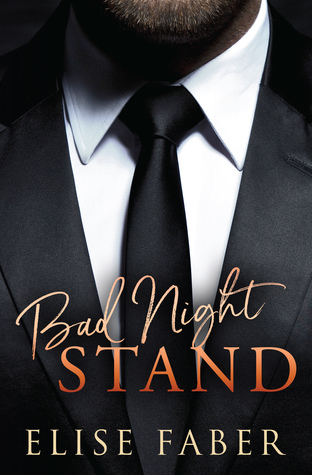