Down With Love by Kate Meader

Kate Meader is an automatic read for me whenever I see one of her books available for review and/or purchase. I first discovered her when I won a book on Goodreads. “Flirting with Fire” part of her “Hot in Chicago” series is one of my favorites. If you are recently discovering her, there are many series written by her. Her most recent is “Chicago Rebels.” Whether she is creating hockey players, firefighters, divorce attorneys or wedding planners Meader always writes interesting, multifaceted characters that are of all different backgrounds and races! So, kudos to her for that! To add to her already wonderful writing her storylines are always unique and intriguing. Once I start reading about one of her couples I can’t wait to see how their story will evolve and how the characters will work out their differences.

“Down With Love” is not different! Our heroine, Charlie Love ( how fantastic is that name?) is a wedding planner. She is planning the wedding of the hero’s brother. Max Henderson is a divorce attorney and a sync when it comes to love. When they meet there is an instant attraction but Charlie is focused on finding her partner in life and she already has Max pegged as a bachelor that is enjoying being single. Max also jumps to the same about Charlie, although he finds her attractive he already “knows” about the type of person that she is. As Max and Charlie spend more time together they begin to realize that they are not over past hurts that they both have endured. They also realize that as they begin to get to know each other more, they are also more attracted to each other.

For me, this is a classic book by Meader. She writes about diverse characters ( yippee!). Her characters always evolve and she strips away the layers and we get to really see not only past events that shaped these characters but we, as readers, get to have a new way of looking at these characters. One of my favorite things about reading Meader is that she is so funny, her characters have such funny, witty and enjoyable dialogue! The scene with the dog in the park- so funny 😊 That is my teaser. The worst part of reading Kate Meader is that now I am counting down to her next book and already hooked on Grant and his ex-wife! Happy Reading! 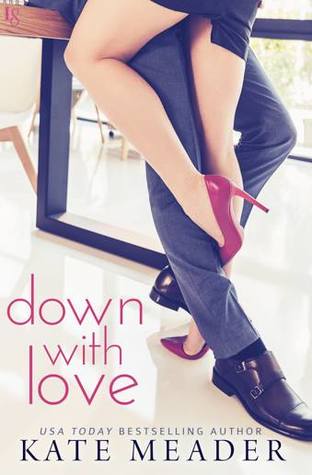 Girls on the Line by Aimie K. Runyan,

EA unveils the cover and shares an excerpt from historical fiction Girls on the Line by Aimie K. Runyan, arriving Nov. 6.