ARC Review: Moonlight on My Mind by Jennifer McQuiston

This was a tough one for me. I had a couple of issues with this story but the whodunit aspect kept me going. First, let’s start with our “heroine” Juliana Baxter. I had a hard time figuring out how she was a heroine. In my opinion, she boarded on being a villain. Although, I love strong-willed, I-do-what-I want- heroines, she was beyond all this. She was so spoiled, self-absorbed and wreck-less. She pushed people around just to get her way. When the story begins she is picking between two brothers and decides leans towards one after he kisses her. Then after sharing a kiss with Patrick (the less important, second son) she accuses him of murdering his brother!!! So one would think, ok she is a witness to a murder… she wasn’t!! Apparently our ego-centric, spoiled heroine has bad eyesight! Seriously, I couldn’t deal with her after discovering this…She basically ruins this family’s life and causes the death of Patrick’s father. How I will let readers decide from themselves. I have to confess she is the first heroine that I truly disliked. I kept hoping Patrick would come to his senses and leave her (a first for me). Once she becomes the Countess she continues to push people around and demand the respect that is entitled to her…(deep sigh). Really… I had a lot of issues with her as a “heroine”.

Patrick was definitely more likeable although he was full of contradictions. He is the less important-second son. He becomes a veterinarian to try and have a purpose since he is of no importance to the family. After being accused of killing his older brother he hides out in Scotland until his father can figure out what really happened during this ill-fated hunt that took his older sons life. While Patrick is hiding out is father dies and Juliana brings him the news. So Patrick, was also very frustrating because he knows that Juliana is a “handful” to put it nicely but he is still attracted to her and realizes that he has to marry her for both their mutual benefits. Once Patrick realizes that the death of his father and brother were not accidental he becomes more active in his destiny. He realizes that his life could be in danger and stops moping about what has happened to his life after his brother’s death.

Once the murder mystery began to be introduced into the story-line it began to pick up, although it was more than half-way through. What I did like about this story was the supporting characters. Patrick was fortunate to be surrounded by friends that really gave him good advice and looked out for him. The identity of the killer was a no-brainer for me. Once the characters were introduced it was easy to figure out who would benefit from all these deaths. But if you’re looking for romance/murder mystery you will enjoy this story. 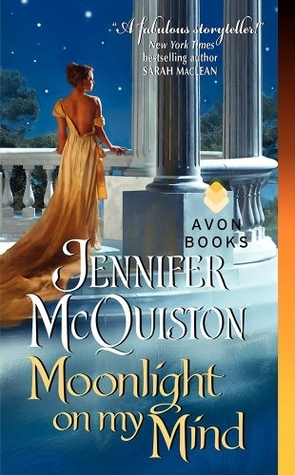