Four Stars
Copy received from TLC Book Tours for an honest review
I have never read Nick Pengelley before so I was not sure what to expect.  I can say I was very pleasantly surprised to by this new author.  Ayesha is a fantastic female character! She is part superhero part detective.  Besides a phenomenal female character the storyline was well paced.  The writing was engaging and the suspense carried me out from start to finish!

This is the second part of a series however I did not read the first book.  This was not a problem because this book can easily be read as a stand alone.  There were many aspects of this book that reminded me of  "The Da Vinci Code."  A simple character begins to delve into the past and in the process they are thrown in the middle of a murder!  I highly recommend this book to anyone that is looking for a dynamic female character with fast-paced suspense and on-the-edge-of-your-seat reading!

(From Goodreads)
Fast-paced, edgy, and action-packed, the perfect read for anyone who loves the novels of Steve Berry or James Rollins,Ryder: American Treasure marks the return of Ayesha Ryder, a woman digging into history’s most dangerous secrets—and hiding some of her own.

During of the War of 1812, British troops ransacked the White House and made off with valuables that were never returned. Two centuries later, a British curator finds a vital clue to the long-vanished loot. Within hours, the curator is assassinated—and Ayesha Ryder, a Palestinian-born antiquities expert, is expertly framed for his murder.

Who could be behind such a conspiracy? And why do they want Ryder out of the way? To find out, she picks up a trail leading from a mysterious nineteenth-century letter to the upcoming presidential election. As Ryder dodges killers in the shadow of hidden alliances, sexual blackmail, and international power plays, she finds that all roads lead to the Middle East, where a fragile peace agreement threatens to unravel . . . and another mystery begs to be discovered.

Ryder’s rarefied academic career and her violent past are about to collide. And her only hope of survival is to confront a powerful secret agent who has been waiting for one thing: the chance to kill Ayesha Ryder with his own two hands. (less) 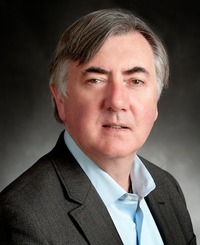 Nick Pengelley cites many influences on his writing. Readers of "Ryder" will not be surprised that authors like H. Rider Haggard, Sir Arthur Conan Doyle, John Buchan and Peter O'Donnell figure prominently. He is a fan of the ripping yarns of the inter-war years - by writers such as Sapper, Dornford Yates, Edgar Wallace and Leslie Charteris. His more modern favourites include Umberto Eco (particularly "The Name of the Rose"), Alan Furst, Douglas Adams, Terry Pratchett, Neil Gaiman and Elizabeth Kostova ("The Historian"). Nicholas reads a "book or so" a week (and is horrified to think that, if he lives to be 200, he may only get to read 10,000). These days, although he still reads fiction, he is mainly interested in modern European and Middle Eastern history, and biography, having discovered some years ago that truth really is stranger than fiction. He lists his heroes, literary adventurers all, as Winston Churchill, T.E. Lawrence, Gertrude Bell and Teddy Roosevelt. (less)