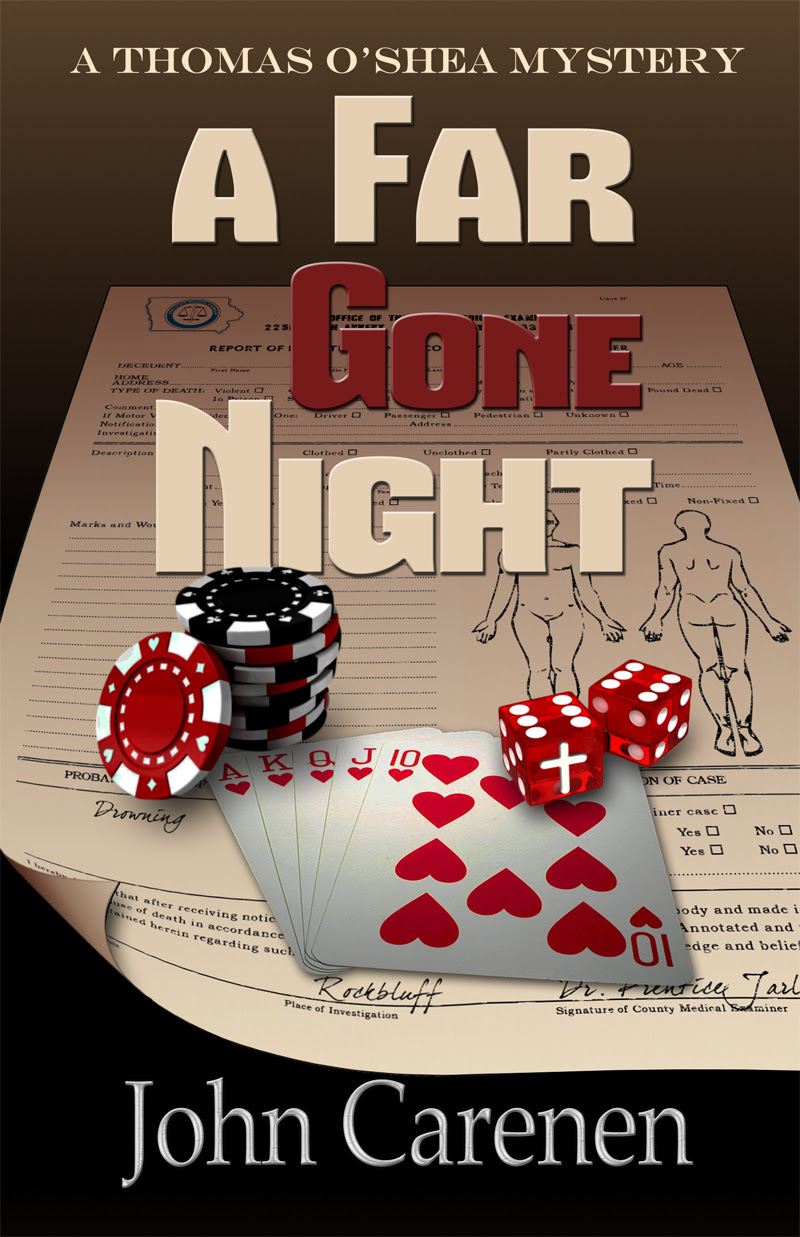 READ AN EXCERPT.
Suffering from insomnia, wise-cracking tough guy Thomas O'Shea goes for a late-night stroll through the peaceful streets of Rockbluff, Iowa, and finds himself pausing downtown on the bridge that spans the Whitetail River. When he glances downstream, something catches his eye…something that looks like a body. He scrambles down to the riverbank, pulling the body of a young girl from the water. The girl is naked, with two bullet holes in the back of her head. Ever suspicious of law enforcement, O’Shea chooses not mention the bullet holes when Deputy Stephen Doltch, on routine patrol, discovers him at the river's edge. When the coroner's report lists the cause of death as "drowning," Thomas goes into action.

Confronting the coroner, he is met with hostility. But then the coroner and his wife disappear, along with the body of the dead girl. Once again, Thomas gears up to find answers that will reveal who put the bullets in the girl's head, why she was killed, and her identity, which may hit a little too close to home.
Teaming up with his friend Lunatic Mooning and Clancy Dominguez, an old buddy from his Navy SEAL days, Thomas and the other two men join together to bring justice to the dead girl, a quest that takes them to the Chalaka Reservation in Minnesota, seedy businesses adjacent to the Chalaka Casino, and straight into the world of organized crime.

A fast-paced story, laugh-out-loud moments and familiar, quirky characters from Carenen's debut novel, Signs of Struggle, contribute once again to the complex world of Thomas O'Shea. Enter…if you dare.


My review:
three stars
Copy received for an honest review
This was a fun story.  The author presents an interesting plot with twist and turns.  The story picks up from the fist page.  Thomas O'Shea was an interesting hero.  Lunatic Mooning and Clancy Dominguez added to the dynamic of the story!  This was a fun read full of intrigue.  My favorite aspect of this story was John Carenen's ability to balance the tension with funny moments. 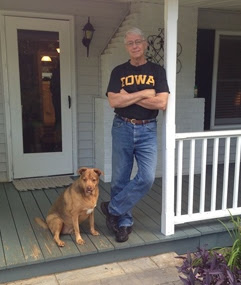 John Carenen, a native of Clinton, Iowa, graduated with an M.F.A. in Fiction Writing from the prestigious University of Iowa Writers Workshop and has been writing ever since. His work has appeared in numerous popular and literary magazines, and he has been a featured columnist in newspapers in North and South Carolina. A novel, Son-up, Son-down was published by the National Institute of Mental Health.

His debut Thomas O'Shea mystery novel, Signs of Struggle, was published in October of 2012. A Far Gone Night, the long- anticipated sequel, continues the exploits of the enigmatic protagonist and the quirky characters of Rockbluff, Iowa.

For more information please visit John Carenen's blog. You can also connect with him on Facebook and Goodreads.

Spotlight & Giveaway at Peeking Between the Pages

Review at The Discerning Reader

Spotlight at The Bibliophilic Book Blog

Spotlight at Girl Lost in a Book