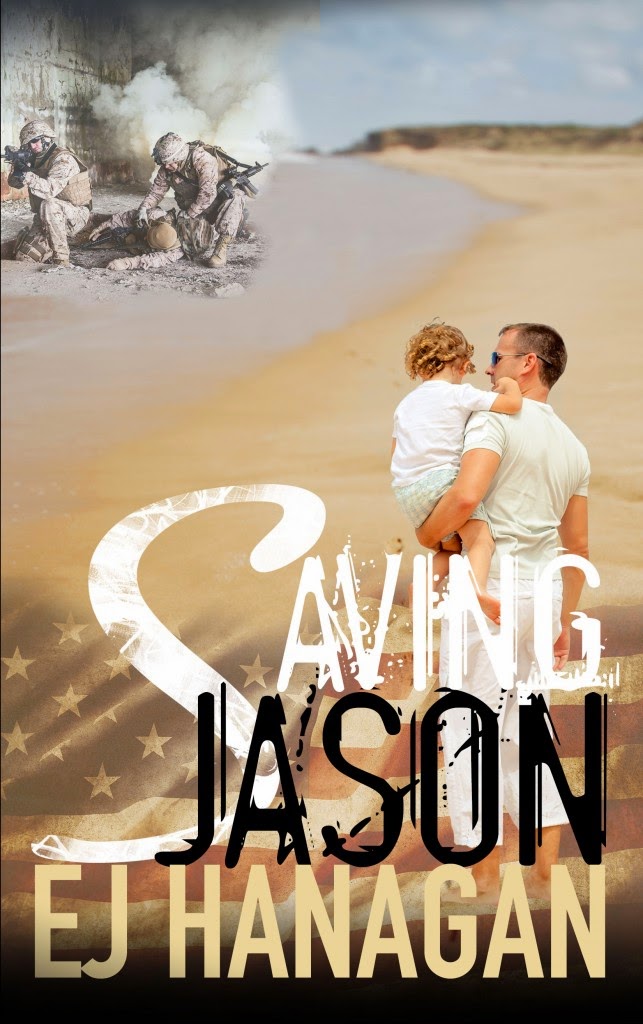 Jason Barnes is a free spirit. Underneath that fun-loving surface lurks a severe case of PTSD, his personal souvenir from the war on terror. After his young marriage breaks up, he bounces from girlfriend to girlfriend, never allowing himself to get too close, all while maintaining a friendship with his ex-wife, Samantha Colton.

Everything changes when he meets Abby Jacobsen, a smart and sassy artist – but with love comes jealousy, and Abby doesn’t stand for Jason’s cozy friendship with Samantha. Two hours after a heated argument causes Jason to storm out of their apartment, Abby receives a phone call from the intensive care unit of a New Hampshire hospital. The hospital walls close in on Abby and Samantha as they are forced to make tough decisions while trying hard not to kill each other. The two form a rare bond when Emma Jane, Jason’s mom, arrives on the scene. Three weeks after Jason’s accident, Abby is left alone and hovering over a handful of positive pregnancy tests. During her pregnancy, Abby works with Samantha to dig up clues of Jason’s past. As the truth is discovered, their worlds are irreversibly changed.

An emotionally-moving look at PTSD and the intersection of three lives, Saving Jason is a riveting glimpse into unexpected friendships and the ripples we leave without our knowledge.


My review:
four stars
Copy received for an honest review
I really liked this story although it was very intense.  EJ Hanagan was able to really dig into the human heart and the mental affects of war on a person.  I loved all the characters in this book.  The author didn't make any part of this story feel like a fairytale it felt very authentic and real.  She really pushes the limits on relationships and bonds.  I really enjoyed this story and thought it was very well written.

It seldom rains in southern California, which is why the balmy, wet air had struck me that day as a sign that something was about to go terribly wrong. I wound and dipped along the winding road of Camp Pendleton, taking the turns more slowly than ever before. Although I had driven this route a thousand times in the past two years, I felt the need to go more slowly, to prolong saying goodbye to Jason. As soon as I pulled into the entrance labeled “Location of Departure,” a million emotions invaded me all at once, and the tears began to trickle, ever so gently down my cheeks.

“Alright, this is it.” Jason, far too happy to be going off to war, said as he leaned in for one sweet, subtle goodbye kiss. Opening the back door of our tiny VW Golf, Jason retrieved his pack and hauled it on his back effortlessly as I met him on the passenger side of the car. I remember the sound of the wet, rocky dirt crunching beneath my feet. Knowing Jason all too well, I tried to avoid a sappy emotional goodbye scene. Instead, I gathered a last bit of strength and wrapped my arms around him. Burying my face in his freshly issued desert camouflage uniform, I allowed a few tears to slip out, leaving them behind on his collar as if to send him off with a piece of me.

“I love you. I'll be fine. Remember, this is what I was trained to do. This is what I signed up for.” He enveloped my face in his strong, callused hands.

"Just don't die, okay? Promise me that. Promise me."

EJ Hanagan is a fitness fanatic, obsessive reader and animal lover. She currently lives in a sleepy little beach town just outside of Boston with her husband, their new aughter, and the family’s two giant Newfoundland dogs. After spending four years in the Air Force, she put her fire for fitness to good use and worked as a personal trainer while attending college. EJ credits the amazing, brave people she met in the military for giving her the passion and focus to raise awareness for veterans with PTSD. Her hope is to bring the invisible scars of war to the surface through her writing and community involvement.

You can learn more about EJ, her books, and her charity work at www.ejhanagan.com.