Never Judge a Lady by Her Cover The Rules of Scoundrels # 4 By: Sarah MacLean

Never Judge a Lady by Her Cover
The Rules of Scoundrels # 4
By: Sarah MacLean
Releasing November 25th, 2014
Avon Romance 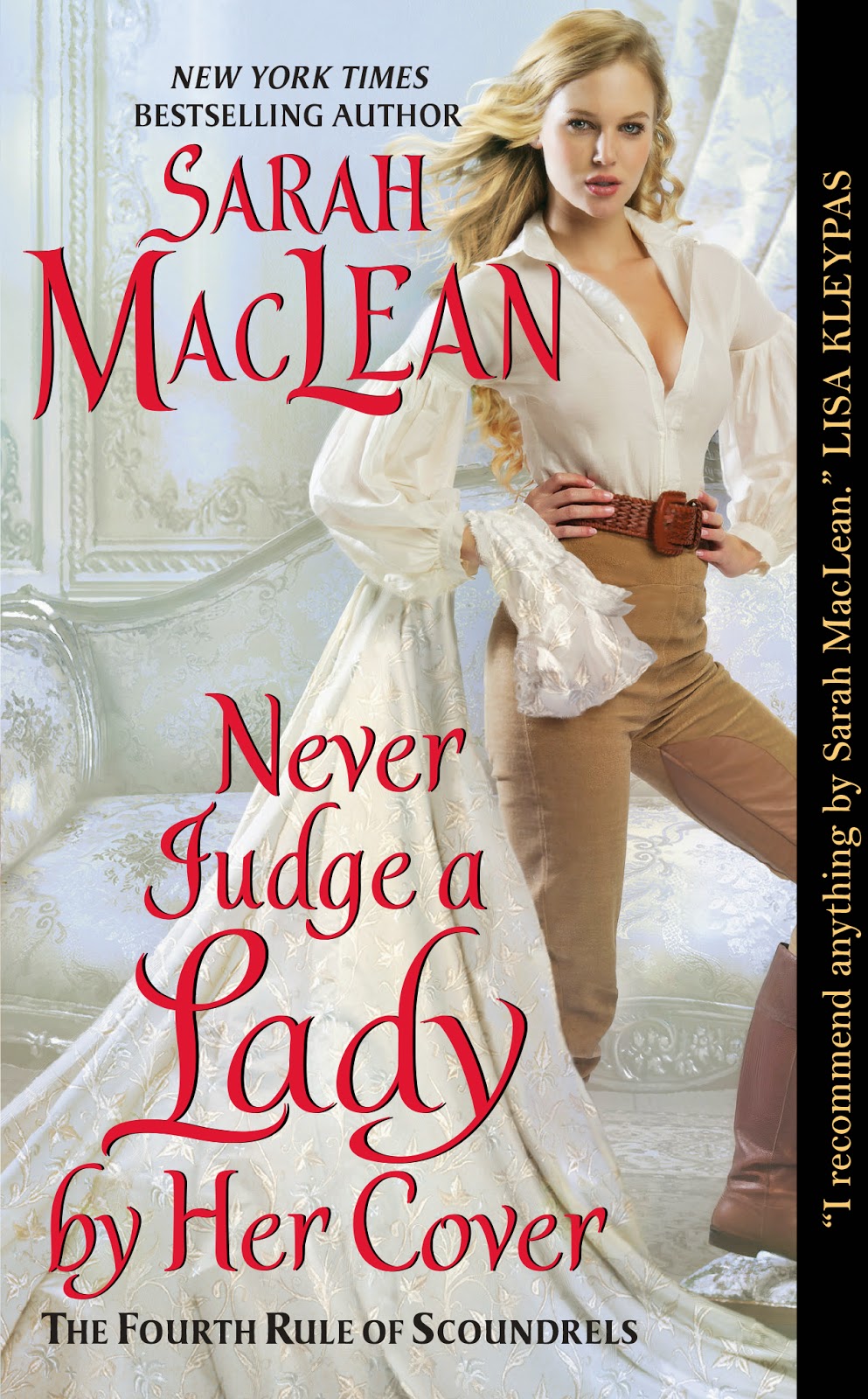 Blurb
By day, she is Lady Georgiana, sister to a duke, ruined before her first season in the worst kind of scandal. But the truth is far more shocking-in London’s darkest corners, she is Chase, the mysterious, unknown founder of the city’s most legendary gaming hell. For years, her double identity has gone undiscovered...until now.

Brilliant, driven, handsome-as-sin Duncan West is intrigued by the beautiful, ruined woman who is somehow connected to a world of darkness and sin. He knows she is more than she seems and he vows to uncover all of Georgiana’s secrets, laying bare her past, threatening her present, and risking all she holds dear...including her heart.

My review:
5 Stars
Copy received for an honest review

Duncan and Georgiana, as a couple, were dynamic.  They were so perfectly matched!  They perfectly complemented each other and have tremendous chemistry.  As Duncan and Georgiana begin to fall in love they encounter many different obstacles.  One, Duncan is being blackmailed and must expose Chase.  Two, Lady Georgiana is caught up in the middle and must decide where her life will go from here. Three, the future of “The Fallen Angel” is threatened.  The characters from the previous book were so great.  The story was perfectly written to include them.

Finally, I was so worried about how the story would play out.  Would I be disappointed in the last book? Answer: heck no!  What would MacLean do with Chase? The Fallen Angel? Answer: Fantastic ending!(I’m trying very hard not to give anything away.)  MacLean has written one of the best plots I have ever read.  I actually wanted to go back and re-read the previous books to see if I could it all together.  MacLean is pure genius 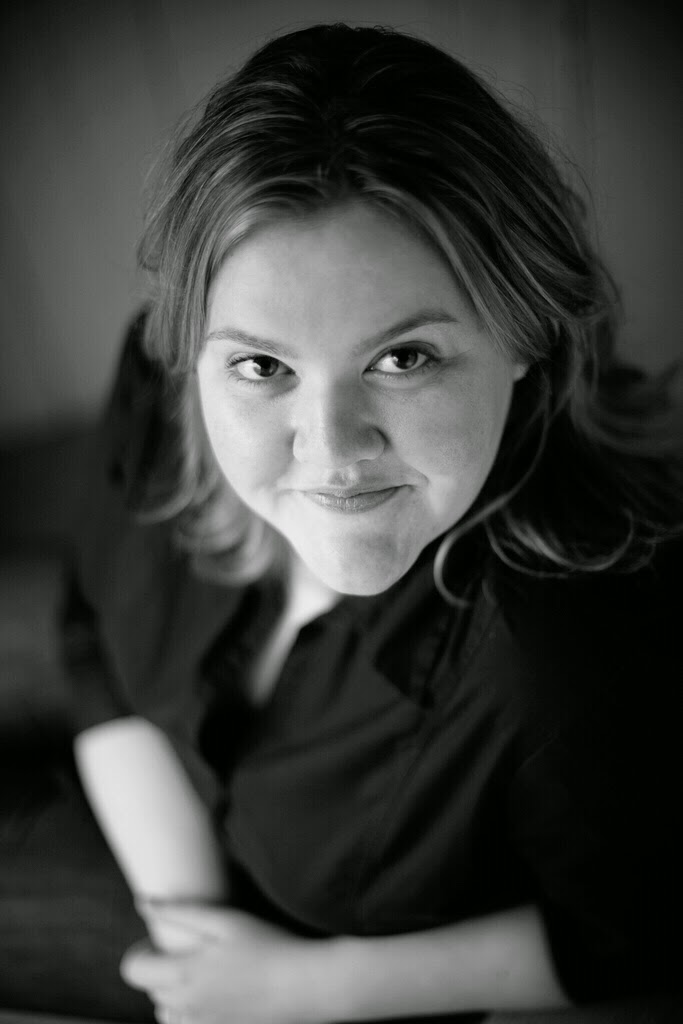 Sarah MacLean grew up in Rhode Island, obsessed with historical romance and bemoaning the fact that she was born far too late for her own season. Her love of all things historical helped to earn her degrees from Smith College and Harvard University before she finally set pen to paper and wrote her first book.

Sarah now lives in New York City with her husband, baby daughter, their dog, and a ridiculously large collection of romance novels. She loves to hear from readers. Please visit her at www.macleanspace.com


Excerpt #10
The question returned her to the present. To the ballroom, to the dance, in the arms of the Duke of Lamont, surrounded by the aristocracy. “She has no future,” Georgiana said quietly. “I destroyed it.”
Temple sighed.
She continued. “I thought I could buy her entrance to wherever she liked. I told myself that Chase could open any door into which she desired entry.”
Her words were quiet, and the dance kept anyone from hearing the conversation. “Not without people asking questions about why the owner of a gaming hell is so concerned about the bastard daughter of a lady.”
Her teeth clenched tight. She’d made so many promises in her life—promises to teach Society a well-deserved lesson. Promises never to bow to them.
Promises never to let them touch her daughter.
But some vows, no matter how firm, could not be kept.
“I wield such power, and still, not enough to save a little girl.” She paused. “If I don’t do this, what will happen to her?”
“I’ll keep her safe,” the duke vowed. “As will you. And the others.” An earl. A marquess. Her business partners, each wealthy and titled and powerful. “Your brother.”
And yet …
“And when we’re gone? What then? When we are gone, she’ll have a legacy, filled with sin and vice. She’ll have a life of darkness.”
Caroline deserved better. Caroline deserved everything.
“She deserves light,” she said, to herself as much as to Temple.
And Georgiana would give it to her.
Caroline would want a life of her own. Children. More.
To ensure she could have those things, Georgiana had only one choice. She must marry. The thought brought her back to the moment, her gaze falling to the man across the room, whom she had chosen as her future husband. “The viscount’s title will help.”
“And the title is all you require?”


“It is,” she replied. “A title worthy of her. Something that will win her the life she wants. She might never be respected, but a title secures her future.”