What a Wallflower Wants Bad Boys & Wallflowers # 3 By: Maya Rodal 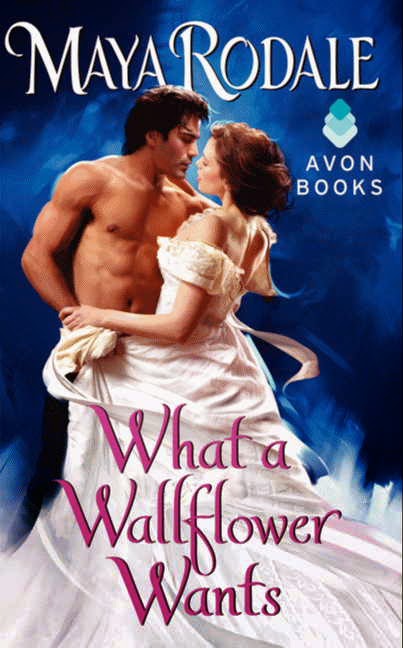 Blurb
In the third novel in Maya Rodale’s charming Wallflower series, London’s Least Likely to Be Caught in a Compromising Position finds temptation in a devilishly handsome stranger . . .

Everyone knows that she’s the only graduate from her finishing school to remain unwed on her fourth season-but no one knows why. With her romantic illusions shattered after being compromised against her will, Prudence accepts a proposal even though her betrothed is not exactly a knight in shining armor. When he cowardly pushes her out of their stagecoach to divert a highwayman, she vows never to trust another man again.

He’s a blue-eyed charmer with a mysterious past and ambitious plans for his future-that do not include a wife. When he finds himself stranded at a country inn with a captivating young woman, a delicate dance of seduction ensues. He knows he should keep his distance. And he definitely shouldn’t start falling in love with her.

When Prudence’s dark past comes back to haunt her, John must protect her-even though he risks revealing his own secrets that could destroy his future.


Excerpt:
When he heard the scream, John had been carefully folding his linen shirts and placing them in his valise, along with his one suit of evening clothes and a thin packet of letters from his mother and sister. He had been mentally calculating how much longer it would take to arrive in London in these conditions and if he might still make it in time. First, he heard the voices of those two London gents as they emerged from their bedchambers and stumbled down to the parlor in search of breakfast, even though it was late in the afternoon. He ignored them. Next, he heard little footsteps racing up the stairs, followed by a thud. It was probably nothing more than one of the Hammersmith children racing around and running into things. Unsurprisingly, they were becoming rambunctious after being confined indoors for so long. Heavy boot steps followed. It was probably Mr. Hammersmith, chasing after one of his wayward brood. John carefully folded a linen shirt and placed it in his valise.  And then he heard the scream, the kind that was not a shriek at a mouse or from a playful game with children. This was the sort of scream that was pure terror. John threw his door open immediately. He felt nothing, only acted on instinct to stop anything that made a woman scream like that. Then he saw Prudence. Then he felt everything. 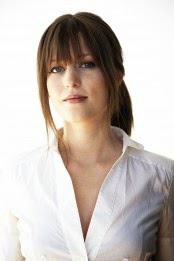 Maya Rodale began reading romance novels in college at her mother’s insistence and it wasn’t long before she was writing her own. Maya is now the author of multiple Regency historical romances. She lives in New York City with her darling dog and a rogue of her own.