The Dance of the Spirits by Catherine Aerie Plus Giveaway 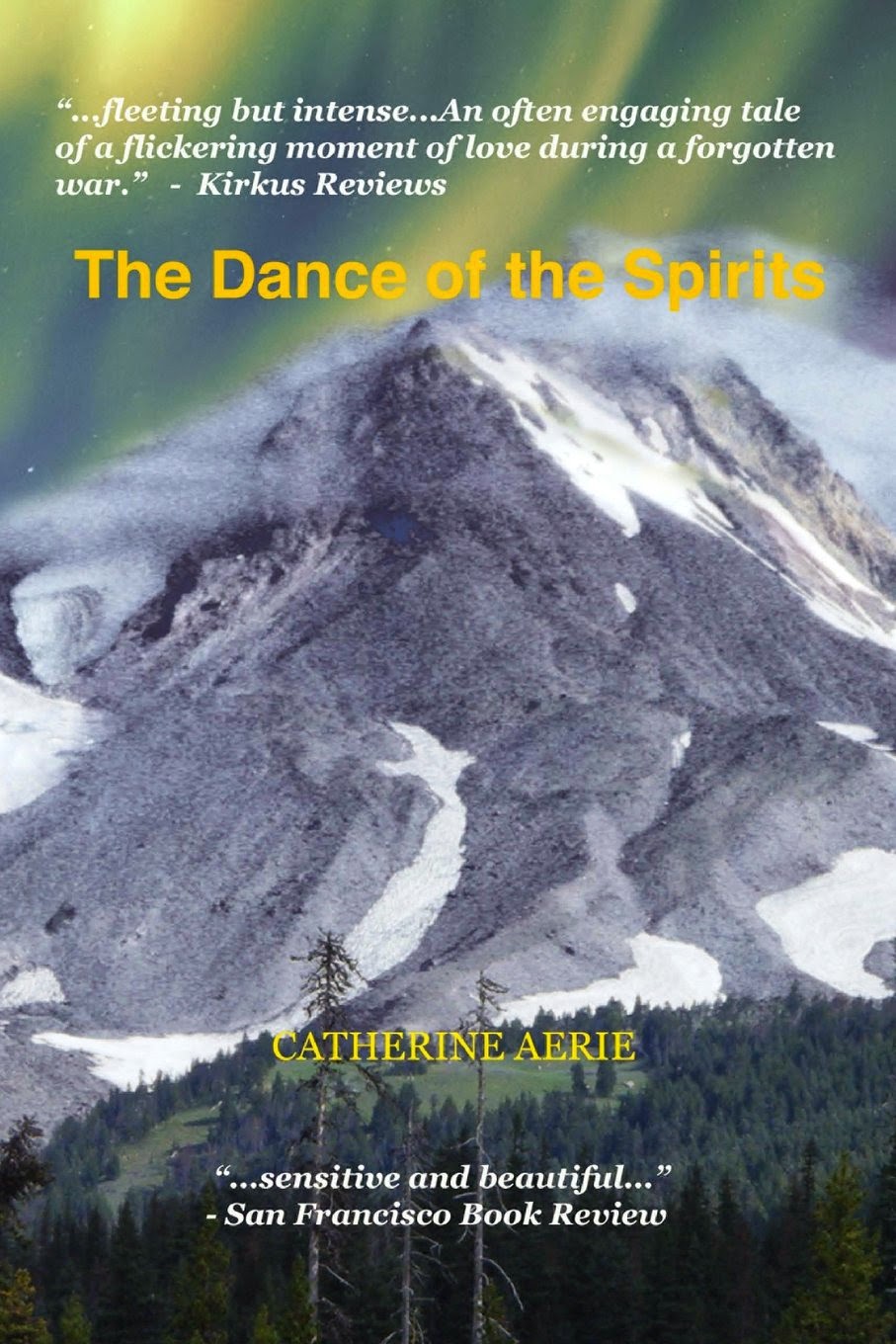 Spring 1951: it is the fiery zenith of the Korean War, a war that the youthful US Army lieutenant Wesley Palm and his men thought that they had won… until the Chinese swept across the Yalu River.

Traveling with the million-man army bent on driving back the march of “American imperialism” is Jasmine Young, a Chinese surgeon who has volunteered herself into the war for unspoken, grave reasons. Through a chronicle of merciless battles, freezing winters, and the brutality and hypocrisy of human nature, the two will find themselves weaving through the twists and turns of fate and destiny. Though their love is forbidden, their passion and pursuit of liberty cannot be quenched.
Praise for The Dance of the Spirits

“…On the surface, The Dance of the Spirits is a story of love and of war, but on a deeper level, it is a story of the misery that the communist ideology brought to millions of souls in the twentieth century. Whether that philosophy is related to nationalism, internationalism or faith, Catherine Aerie reminds readers that when a system that will entertain no contradiction in thought or deed comes to power, no one is safe — and no one is free. Aerie draws a vivid picture of war and its price, and a tender image of love…” – Readers’ Favorite (5 Stars)

“…a love that is stronger than all the horrors that war can throw at them… compelling…poignant… sensitive and beautiful…” – San Francisco Book Reviews (4.5/ Stars)

“Adversaries in the Korean War find love in Aerie’s debut novel. The story starts in the middle of a firefight… Out of the rubble, two characters emerge: an American officer… and a Chinese military doctor… Their paths cross again and again… In the intimacy of the war, these coincidences don’t feel forced, nor even particularly fated–it’s just the way things went… Readers will likely find Palm a decent, very human person, but Young has more complexity and vibrancy… As the war rages around them, Palm and Young fall in love… but their romance is ill-starred and open to tragedy. Aerie keeps readers on their toes with the twists…fleeting but intense…
An often engaging tale of a flickering moment of love during a forgotten war.” – Kirkus Reviews
Buy the Book

My Review
Copy received from Historical Fiction Virtual Book Tours for an honest review
Five stars
This book was such an interesting read.  I've not read many books about the Korean war it was refreshing to read it from Catherine Aerie's vivid descriptions. Chinese surgeon Jasmine Young was such a fantastic female character. Her courage, strength and determination were very humbling and refreshing to read about.  She reminded me of Disney's Mulan, joining the army to honor her family despite them disowning her.  Army Lieutenant Wesley Palm was  finds himself captured during this war and meets Jamine.  In the mist of this horrible war Aerie manages to include a beautiful love story between Wesley and Jasmine.

Besides the interesting historical information the love story between Wesley and Jasmine added a very emotional and human aspect to the travesties of war. This was a beautiful story with many lessons about love, forgiveness and life. I really enjoyed it and highly recommend it.  The main characters were very likeable and the plot was well paced and the emotional elements of the story only added to an already beautiful story.

About the Author
Catherine Aerie, a graduate from the University of California, Irvine with a master degree in finance, grew up in China as the daughter of a Shanghai architect. She was inspired to write The Dance of the Spirits while researching a family member’s role in the Korean War, deciding to revive an often neglected and overlooked setting in fiction and heighten the universality of resilient pursuit of love and liberty. Her debut novel was finished after about two years of research. She currently resides in southern California.

For more information please visit Catherine Aerie’s website. You can also find her on Facebook and Goodreads.
The Dance of the Spirits Blog Tour Schedule

Thursday, August 14
Review at Queen of All She Reads

Friday, August 15
Review at JM Ledwell
Review at Based on a True Story
Spotlight at Passages to the Past

Wednesday, August 20
Review at Unshelfish
Spotlight at Princess of Eboli

To win a copy of The Dance of the Spirits please complete the Rafflecopter giveaway form below. Giveaway is open to US & UK residents only.

Giveaway ends at 11:59pm on August 22nd. You must be 18 or older to enter.
Winner will be chosen via Rafflecopter on August 23rd and notified via email.
Winner have 48 hours to claim prize or new winner is chosen.