France on the Brink by Jonathan Fenby 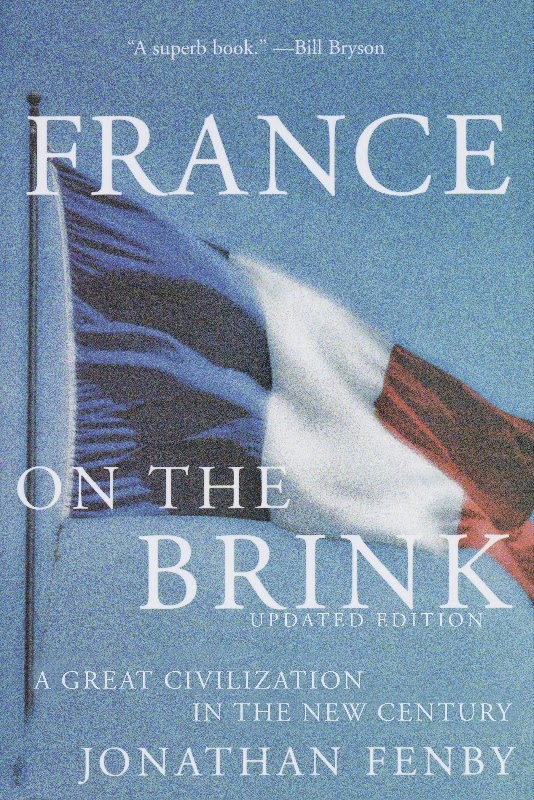 France on the Brink:
A Great Civilization in the New Century

France on the Brink was chosen as a New York Times book of the year and hailed by the Wall Street Journal as “a comprehensive and entertaining diagnosis of what ails French society” when the first edition was published at the turn of the century. Since then, the crisis enveloping France has only worsened, and this second edition, completely revamped to cover the developments of the past fifteen years, offers a fresh assessment of where the nation stands. New chapters chart political developments under Presidents Chirac, Sarkozy, and Hollande; the rise of the hard right National Front; and the unrelenting economic woes that have led to unprecedented levels of disillusion and fragmentation. In this new edition, Fenby offers a loving though candid and unvarnished picture of the nation, contrasting its glorious past with current realities.[provided by the publisher]

My review:
Five Stars
Copy received from France Book Tours for an honest review
France on the Brink by Jonathan Fenby was a fascinating read. Although I think I'm pretty knowledgeable about current events and political situations there were many interesting things that I did not know about France, french culture and french people.  I found this book to be very interesting and very informative.  It's 400 plus pages so there is a wealth of information.  What distinguished this book for me was the authors voice throughout.  It felt like a very personal journey through France and its history.

Fenby deals with a lot of tough topics and he is very honest and candid about some of the aspects of France that aren't as glamorous as expected.  I specifically fond it very interesting that such a high number of french people are looking to retire outside of France.  The discontent with French politics was very interesting but I personally think that this discontentment could be shared with a large part of Europe.  I found his portrait of Chirac to be very blunt and straightforward.

One of my favorite parts was the wealth of french culture and history, it was described with such richness that its easy to see why France is still revered. One aspect that I found a little surprising was the ethnic diversity and also some of the prejudices held.  I found this to be a little surprising.  If anyone is looking to learn and read about the current situation of french life this is a must read.  I thoroughly enjoyed it and learned much more than I had expected.

***Jonathan Fenby  reported from France for a variety of newspapers, including the Economist, Christian Science Monitor, Times of London, Guardian, and London Observer. Married to a Frenchwoman, he was, to his surprise, made a Chevalier of the French Order of Merit in 1990. He is also the author of acclaimed biographies of Charles de Gaulle and Chiang Kai-shek, among other works. He lives in England.

Give away/ Open only to U.S./ Canada residents

There was never any secret about Mitterrand’s first love, even if the blonde Marie-Louise Terrasse had not been as struck by him as he was by her when his eye fell on her at the student ball. She did not give him her name because her mother forbade her to identify herself to unknown young men. In his mind, Mitterrand dubbed her ‘Beatrice,’ as in Dante. He spoke incessantly about her to friends and watched her as she travelled between home and school. Finally, he accosted her. Defying her mother’s command, she joined him at a café table, and they shared a pancake. In the spring of 1940, when Mitterrand was called up to the army, they got engaged. In his letters to her from his army post, he referred to Marie-Louise as VM, for ‘visage merveilleux’ (marvellous face).
As a sergeant during the Phoney War before the Nazis attacked, Mitterrand must have found the time slow. So, when not writing to VM, he turned his hand to a spot of fiction, with a short story entitled ‘First Chord,’ about a young couple, Philippe and Elsa. She was ‘supple and gay, sparkling as she awoke, a Persian at the sword, her pink curves like a jar of hair cream.’ The prose slurped on: ‘Every day of their brief love, she leaped from bed. As he lay about, she walked round the room dressed in her blue dream [sic]. She loved this hour of daydreams . . . Elsa never dared to parade naked in their room, for Philippe had a curious degree of modesty for a flirtatious man: odd habits, delights that remained ever elusive.’ He was, after all, only twenty-three years old, and, if only he had known it, was following in the footsteps of de Gaulle, who had penned romantic fiction (equally unpublished) while convalescing from a war wound in 1914.
After France’s defeat, the sergeant was taken prisoner of war together with thousands of French soldiers. As the months dragged by in his Stalag, VM’s letters became rarer and rarer. Friends attributed Mitterrand’s three escape attempts to his desire to get back to her. Again, there was a parallel with de Gaulle, who repeatedly escaped from German prison camps in the First World War, only to be recaptured each time. Mitterrand was more successful; his third breakout succeeded, and he returned to France, entering a controversial period of his life which will be dealt with later.


But he found that the girl with the marvellous face no longer fancied the idea of marrying him. Early in 1942, the engagement was broken off. Many years later, as Catherine Langeais, Marie-Louise became more famous for a time than her former fiancé as an early television announcer. Some amateur psychologists believe that rejection hardened the young man’s character and contributed to the growth of his pervasive cynicism. At the time, he spoke of the ‘dryness of my feelings.’ Decades later, he still sent Langeais flowers on her birthday. 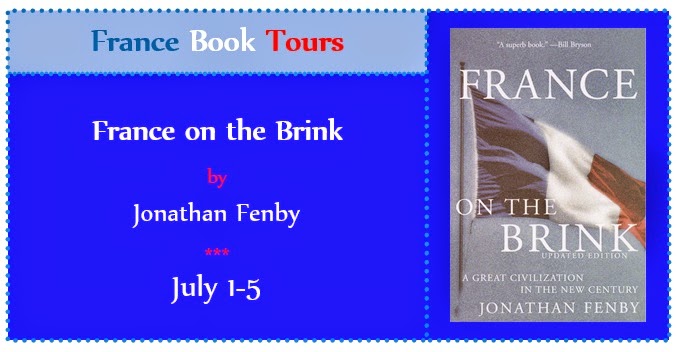