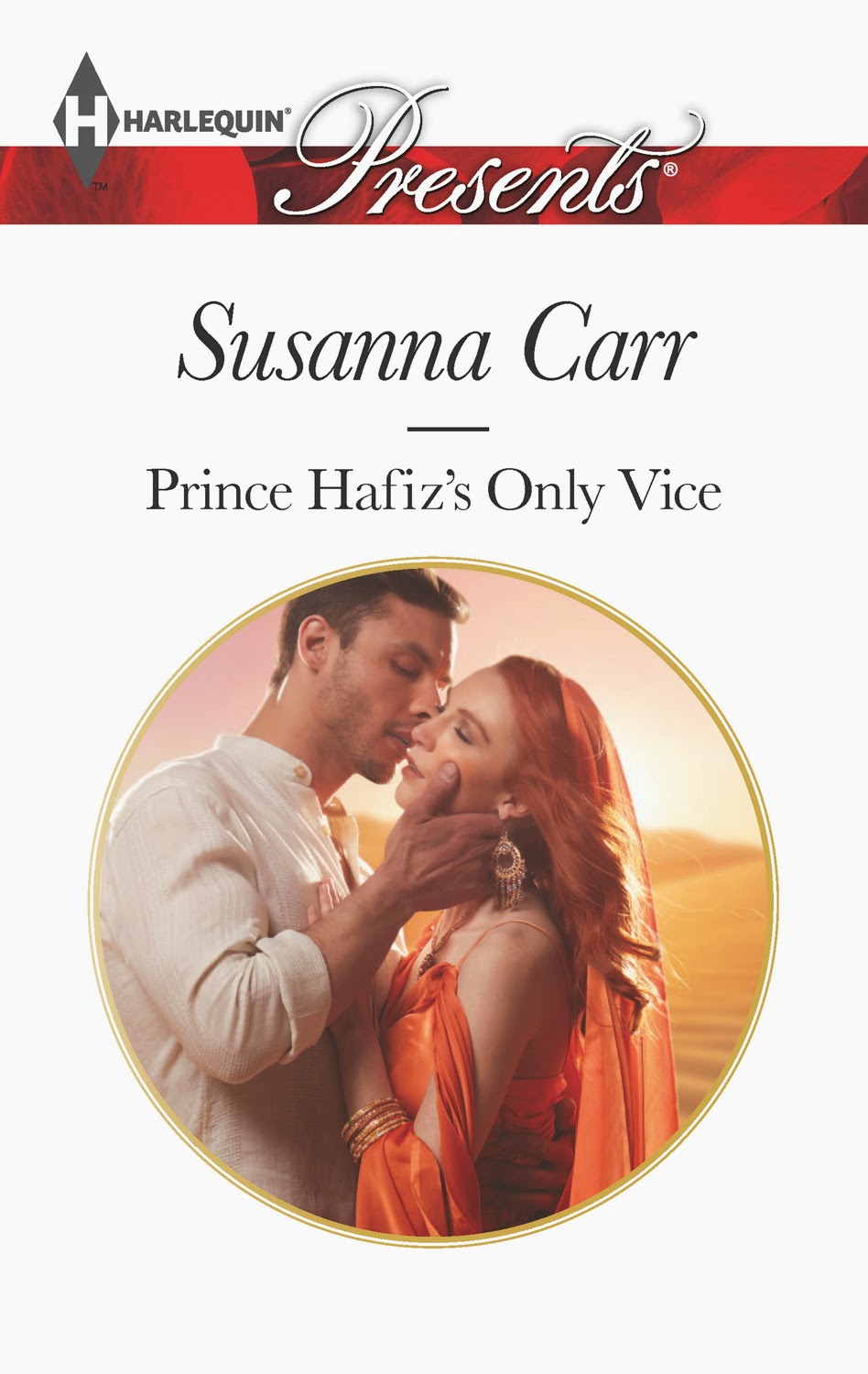 What a royal wants…

Prince Hafiz devotes his days to his people and his nights to indulging his desires with his stunning American mistress, Lacey Maxwell. But duty requires him to marry a "suitable" bride.

In her deepest secret fantasies, Lacey naively hopes to one day wear Hafiz's ring, until her dreams are shattered and he chooses someone else.

Faced with the reality of a passionless union, Hafiz realizes the years spent with Lacey have done nothing to slake his hunger for her. Instead he's determined to turn his only vice into a virtue for the sake of his country…and each other!

Lacey stared at the engagement announcement. Her mind refused to comprehend the words. "Marry?" she whispered. Her wild gaze flew to Hafiz's harsh face. "You're getting married?"

She waited in agony as he rose to his full height. He looked very tall and intimidating. Almost like a stranger.

Lacey didn't realize she was holding her breath until he answered. "Yes."

The single word sent her universe into a spiral. "I don't…I don't…." She stared at the headline again, but the pain was too raw, too intense.

Her hands shook as the rage and something close to fear swirled inside her. Fear of losing everything. Pure anger at the thought of Hafiz with another woman. The fury threatened to overpower her. She wanted to scream at the injustice and claw at something. Stake her claim. Hafiz belonged to her.

"You have been with another woman." She couldn't believe it. "All this time, you were with someone else."

Hafiz's eyes narrowed at the accusation. "No. You have been the only woman in my life since I met you in St. Louis a year ago."

She was the only woman, and yet he was going to marry another? "Then how are you…I don't understand."

He braced his feet a shoulders' width apart and clasped his hands behind his back, preparing for battle. "I met the bride today and she agreed."

Lacey's mouth gaped open. "You just met her?" She snatched the flicker of hope and held on tight. "So, it's an arranged marriage."

Hafiz let out a bark of humorless laughter. "Of course."

"Then, what's the problem?" She moved slowly as she stood. Her arms and legs felt limp and shaky. "Say that you won't get married."

He looked away. "I can't." Regret tinged his voice.

Interview:1.       What is your hope or wish for this novel?
I want readers entertained when they read PRINCE HAFIZ'S ONLY VICE. My hope is that readers will be swept away with this story and forget what's going on around them for a little while.

2.       When did you receive the calling to become an author?  What was the experience like?
I knew I wanted to be a romance author around the time I was in high school. It took years before I gained the courage to purse that dream. Then it took a lot of writing, incomplete manuscripts, writing classes, rejections, and starting over before my first book was published.

3.       What advice would you give to others that are thinking of become authors?
There are three things you need to consider if you want to publish your work:
1. Why are you writing?
2. Who is your audience?
3. How much do you want to write?

4.       What is the main message of your book? What do you want your readers to learn or know?
The main message of this book is finding the courage to reveal your true self. For example, Hafiz takes a risk when he reveals his past mistakes to Lacey.

5.       Are you working on anything else? Can we expect any other books from you?
LET THEM TALK, my Harlequin Blaze about a risque book club, comes February 2015.

I have another Blaze coming out in May 2015. OUTRAGEOUSLY YOURS is about a quiet woman who needs to reinvent herself with the help of a sexy guy she has always been lusting after.

And in July 2015, my next Harlequin Presents will be in stores. TYCOON'S DELICIOUS DEBT is a revenge story set in Portugal.

My review:
Four stars
Copy Received for an honest review
I really enjoyed this story.  I enjoyed the chemistry between the characters and also the setting!  I found it refreshing to read.  I enjoyed the authors writing style and found the book to be engaging.  It was my first time reading this author and I was not sure what to expect.  I will definitely be reading more books by her.

Susanna Carr is an award-winning author known for her contemporary romances. Readers throughout the world find Susanna's stories a delightful escape that has often helped them through difficult times. Reviewers frequently describe her work as "fun", "sexy" and "a must read." When she isn't writing or spending time with her family in the Pacific Northwest, Susanna enjoys reading romance and connecting with readers online.