A serial killer is on the loose in Bordeaux. A local chief detective calls wine expert Benjamin Cooker to the crime scene of a brutal murder. The killer has left a strange calling card: twelve wine glasses lined up in a semi-circle with the first one filled with wine. Cooker is charged with the task of identifying the fabulous grand cru and is astonished by what he learns. A second victim is found, with two glasses filled. Is the killer intentionally leaving clues about his victims and his motives? Memories are jogged about the complicated history of Bordeaux during Nazi occupation. It was a dark time: weinfuhrers ruled the wine trade, while collaborationists and paramilitary organizations spread terror throughout the region. In present-day wine country, time is running out. Will Cooker and his young assistant Virgile solve the mystery before all twelve glasses are full? [provided by the publisher]

My review:
Four stars
Copy received for an honest review from France Book Tours
I have to confess that I thought this book would be hard for me to get into.   I usually stay away from books written by two authors because I think it doesn't always help the storyline flow, I'm glad to know that was not the case for "Deadly Tasting."  I was captivated with the intrigue from the very beginning.  The tension of the story was perfectly paced and I was caught up in the mystery of catching the serial killer. The writing was very good and the storyline very creative.  Fun and intriguing read!

An episode in a long successful French mysteries series
that is a hit television series now in its fourth season
and attracting an audience of over 4 million.
The series is a huge success in France, Belgium and Switzerland. 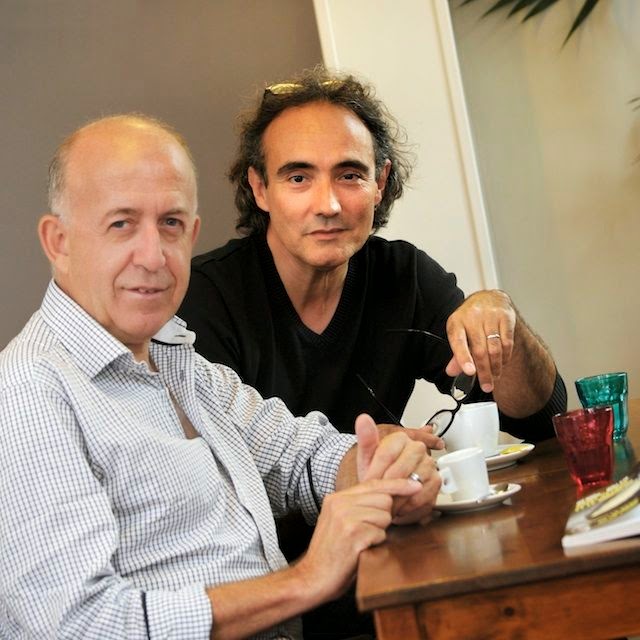 Jean-Pierre Alaux is a magazine, radio and television journalist
when he is not writing novels in southwestern France.
He is a genuine wine and food lover
and recently won the Antonin Carême prize.
He is the grandson of a winemaker
and exhibits a real passion for wine and winemaking.
For him, there is no greater common denominator than wine.
He gets a sparkle in his eye when he talks about the Winemaker Detective series,
which he writes with Noël Balen.
It is a 22-strong series that is a hit on French television
and is now being translated into English by Le French Book.

Translator Sally Pane studied French at State University of New York Oswego and the Sorbonne before receiving her Masters Degree in French Literature from the University of Colorado where she wrote Camus and the Americas: A Thematic Analysis of Three Works Based on His Journaux de Voyage. Her career includes more than twenty years of translating and teaching French and Italian at Berlitz and at Colorado University Boulder. She has worked in scientific, legal and literary translation; her literary translations include Operatic Arias; Singers Edition, and Reality and the Untheorizable by Clément Rosset. She also served as the interpreter for the government cabinet of Rwanda and translated for Dian Fossey’s Digit Fund. In addition to her passion for French, she has studied Italian at Colorado University, in Rome and in Siena. She lives in Boulder, Colorado with her husband.
*** 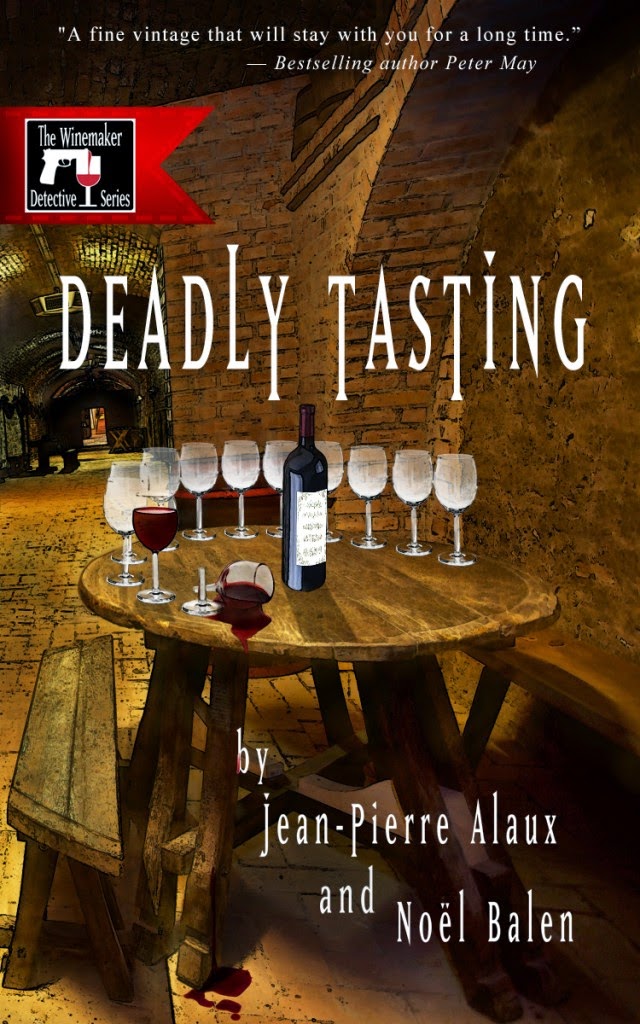 Excerpt:Benjamin looked on without a word, trying

to control the revulsion he felt in this ravaged,
bloodstained kitchen, a repugnant cesspool where
the most barbaric violence had mixed with the
ordinary misery of everyday life.
“But the strangest thing, Mr. Cooker, is behind
you,” the inspector said, touching the winemaker
lightly on the shoulder. “Turn around. I want you
to see this. Odd, isn’t it?”
On a small wooden table wedged behind the
door, right beside the refrigerator, a dozen wine
glasses were arranged in a semicircle. Only one,
the glass on the extreme right, was full.
“What’s the meaning of that?” Benjamin asked,
dumbfounded.
“Well, exactly, it’s incomprehensible! We’re all
shocked, I have to admit. This neat little scene in
the midst of bloody chaos. Obviously, the murderer
took his sweet time leaving a calling card.
But what’s the message?”
“And what’s in the glass?”
“Don’t worry. It’s not the victim’s blood. I’m
sure it’s just red wine. We sent a sample to the lab.
We’ve taken all the photos and measurements we
need, we’ve dusted for fingerprints, tested everything—
absolutely everything—under UV light.
Now all I need is you.”
“And how can I be of use?”
“Other than you, I don’t know anyone who
can tell me what is in this glass.”
“You’re kidding, Inspector. You want me to do
a blind tasting on the spot, at the scene of the
crime, amid this slaughter?”
“I suppose these are not ideal conditions, but
you would be doing me a great favor.”
“I’m sorry, Inspector. I would like to help you.
But how do we know that what’s in the glass,
which looks like wine, hasn’t been tainted? You
can’t ask me to taste it without giving me some
assurance that there’s nothing in it that could
make me sick.”
“As I said, we sent a sample to the lab, and
they’re rushing a tox screen. I’ll know in a minute
or two.”
Benjamin didn’t have enough time to refuse
the detective’s request. Barbaroux’s cell phone
rang. The inspector pulled it out, put it to his ear,
and mumbled a few words before ending the call
and tucking the device back into his pocket.
“That was the lab. Quick, aren’t they? It’s wine,
and the tox screen didn’t reveal anything worrisome.
You can go ahead and do your tasting.”
Benjamin sighed. There was no way out. He
picked up the glass and tipped it carefully to
observe the color, search for particles, and examine
the density of the surface reflection. Then
he brought the glass to his nose and closed his
eyes. There was dead silence, barely interrupted
by a slight swishing sound when the wine finally
rolled into Benjamin’s mouth. He savored it slowly,
taking some air into his throat before letting
the wine slide to the back of his mouth. He spit
the wine onto the dish shards in the sink. Then
he began all over, his eyes still half-closed, as the
inspector watched. Benjamin sensed the man’s
impatience but still took his time, employing
the same expert approach, the same palpitating
nostrils, lip movements, and slow, almost lazy
chewing, punctuated with wet and noisy clicks.
“Well?” Barbaroux asked, unable to conceal
his impatience any longer.
“Astonishing!”
“Where’s it from?”
“A very nice nose! Delicate, generous, balanced!”
“Where’s it from?”
“On the palate, it’s a bit disappointing.”
“But where’s it from?”
“The aromas are elegant, but the mouthfeel is
somewhat faded.”
“You don’t know?”
“Time has softened the structure.”
“And where’s it from?”
“Pomerol.”
“Without a doubt?”
“Without a doubt.”
“And what else?”
“Let me see...”
“What estate?”
“I have an idea what it might be.”
“So tell me, for God’s sake!”
“I can never be sure, but...”