The Beautiful American by Jeanne Mackin

The Beautiful American by Jeanne Mackin was a beautiful story.  It takes place during the 20th Century during the 1920s.  I’d never heard of Lee Miller before so I was fascinated to learn about her.  She was a photographer and a model.  She became very well known for her photographs under the guidance of Man Ray.  Although Lee is a known historical person Nora Tours is the protagonists.  As the reader we see Lee Miller and the events surrounding them through her point of view.
Lee Miller comes from a wealthy family.  They life in a small town and Nora’s father works for Mr. Miller.  Because they are the same age Lee and Nora become friends and play together.  The class difference is evident in their lifestyles.  Nora explains how she sees Lee and describes their friendship.  A terrible thing happens to Lee as a young child and the impact sends Lee into isolation.  Although she already seemed like a sad child she becomes ostracized.  As Lee and Nora develop into their teenager years they are no longer friends but Nora is still aware of Lee’s life.  Lee is very popular and she is always the talk of the town.  Nora’s life also goes through changes as her father dies and as the bread winner  of the family, she and her mom are left with no option other than to move in with her aunt.
Nora begins to feel stifled and depressed living with her aunt and mom, when her boyfriend Jaime suggests that they leave for France Nora readily agrees.  She understands that her reputation will be ruined and she will never be allowed back with her mom and aunt.
During her trip to France Jaime and Nora live within very humble means.  Jaime is an aspiring photographer and he is trying to become well-known.  When the stock market crash leaves his father without the means to send his son any money, he and Nora begin to think about returning home.  During this time Nora reunites with Lee and as luck would have it Man offers Jaime an opportunity to work with him. Lee and Nora continue to run into each other during different times in their lives.  Although they are complete opposites they seem to balance each other.
When Nora and Jaime finally separate she is left without his support.  Nora runs into Lee again years later when Nora is looking for her daughter.  Lee plays a big role in helping Nora with her daughter.
This was a beautiful story.  Although Nora was fictional, my hear went to her and her daughter.  Lee was also a very endearing character.  It seemed that many times her fortune and fame couldn't save her from very terrifying and cruel moments.  Although there are many elements to this story, ultimately, for me it was about a friendship between two very different women.  There are many surprises and betrayals along the way which made the story that much more engrossing.  I really enjoyed the story. 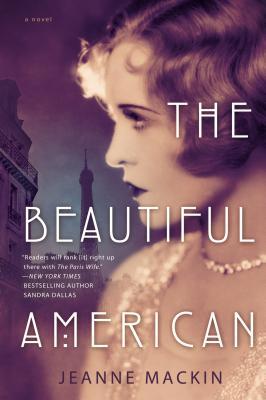