Although I know that Lorraine Heath is an accomplished author I had my doubts about liking about this novella. I’m glad to say that I was wrong. This was a great story and the characters were really fantastic. Usually I read Heath’s historical romance because I really love them. This story takes place in the Wild West.

Chance Wilder, adequately named, lives his life as a hired gun. He is rumored to have killed over twenty-eight people. His life is a serious of chances. Every fight he gets into is a chance to life or die. He has no home and drifts from town to town helping the people that hire him. Chance is hired by Toby, a young fourteen year old to save his sister Lillian. Although Lillian is in a very dangerous situation she thinks that she can take care of herself. When Chance rescues her she is grateful but repulsed by his lifestyle and his reputation. Chance never attaches himself to people or towns and tries not to get attached to Lily and her brother but he soon realizes that this job won’t be like the ones before.

As Lily and Chance get to know each other they both discover that their mutual reputations lack truth. The town has Lily pegged as a whore when Jack Ward is found dead in her bed. The Ward family wants to run Lily off the land that Mr. Ward left her. They rationalize that the only reason that he left her the land was because they had some type of illicit affair. Chance also falls into this category but he can’t help to grow to care for both Lily and her brother and before long he is trying everything in his power to protect her.

I’m so glad that this short novella is a part of a series because I really enjoyed it. Although only a few hundred pages I really loved both Lily and Chance and loved that they both really got to know their mutual truths. Both their reputations are not the least bit warranted and they are both genuinely caring and good people. Heath was able to make me love the characters, wishing they both had a happy ending and at the same time deliver a couple of surprises that I did not see coming. I really enjoyed and highly recommend this short novella. 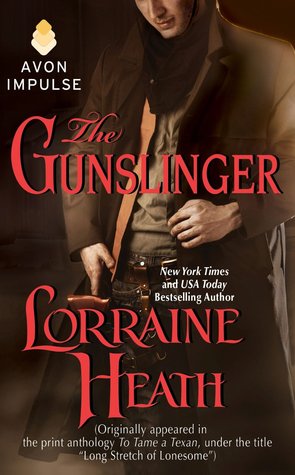