Not Quite a Wife The Lost Lords # 6 By: Mary Jo Putney

Not Quite a Wife
The Lost Lords # 6
By: Mary Jo Putney
Releasing August 26th, 2014
Kensington 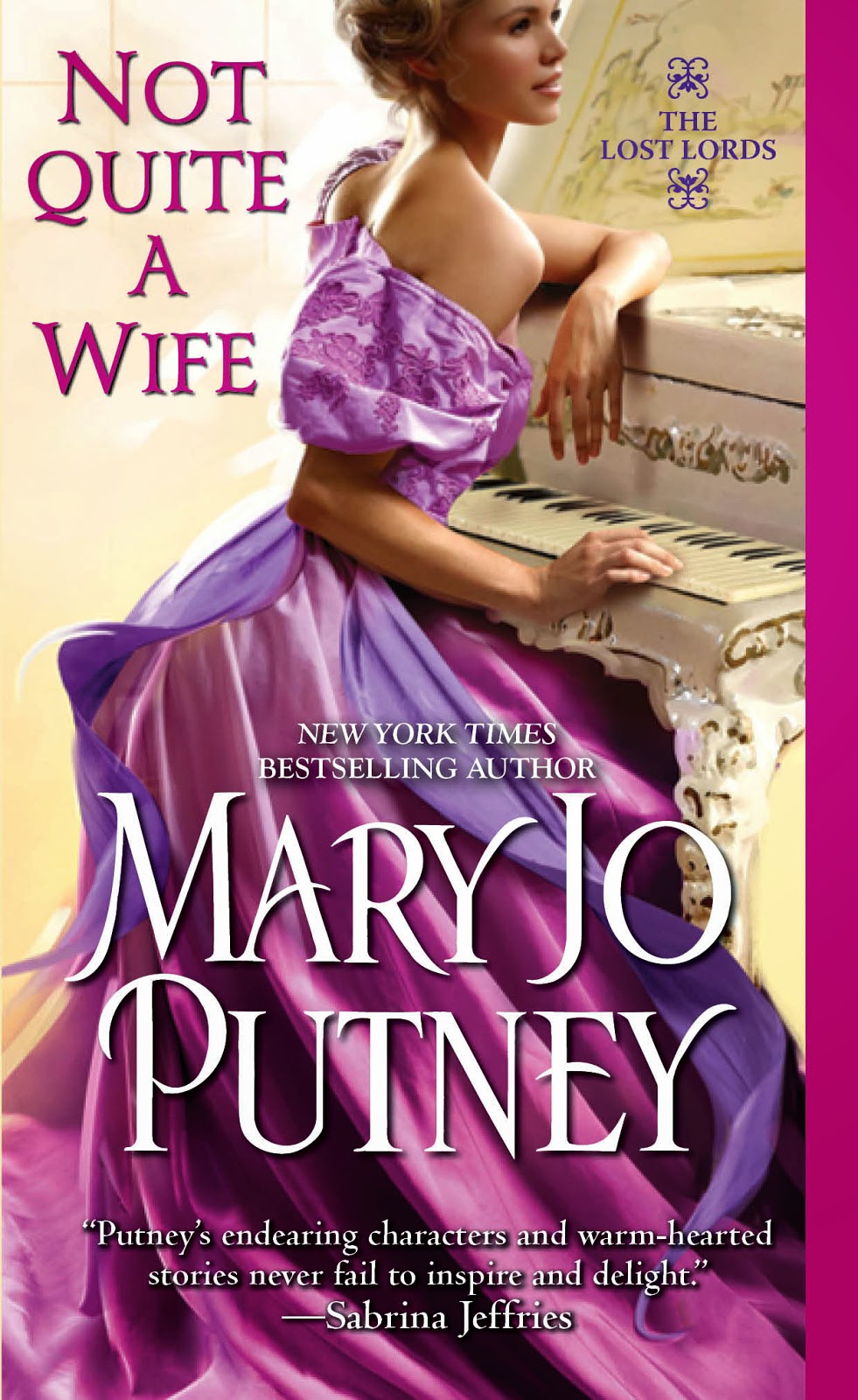 Marry in haste, repent at leisure.

James, Lord Kirkland, owns a shipping fleet, half a London gaming house, and is a ruthlessly effective spymaster. He is seldom self-indulgent…except when it comes to the gentle, indomitable beauty who was once his wife.

Laurel Herbert gave James her heart as an innocent young girl—until she saw him perform an act of shocking violence before her very eyes. That night she left her husband, and he let her go without a word of protest.

Now, ten years later, a chance encounter turns passionate, with consequences that cannot be ignored. But as they try to rebuild what was broken, they must face common enemies and a very uncommon love….

My Review:
Three Stars
Copy received from Tasty Book Tours for an honest review.
"Not Quite a Wife" by Mary Jo Putney was a good read.  I liked the concept between their estranged marriage, that was the main thing that drew me to the plot.  Laurel and James marry when they are very young and only have just met each other.  Both feel a strong pull toward one another.  But since they don't really know each other there are some surprises that they are not expecting.  One of James' secrets is that he is a spy.  Laurel is disgusted or disappointed and asks him to leave her alone.  James does just that.  While back in town one day he falls sick and she tends to him.  Years later she is a physician.  Although there are years that have spanned since they last saw each other they still feel a very strong pull.  Overall, I liked the story.  I always enjoy the spy element.  I also liked the characters.  I had a harder time with the reason that Laurel wanted James to leave her alone.  I also felt less sympathetic when after years of not seeing him that same reason no longer stops her from having relations with him.  I enjoyed the story but I didn't feel overly sympathetic.  I thought that the romance and espionage were balanced and it made for an enjoyable read.

Author Info
Mary Jo Putney is a New York Times and USA Today bestselling author who has written over 60 novels and novellas. A ten-time finalist for the Romance Writers of America RITA, she has won the honor twice and is on the RWA Honor Roll for bestselling authors. In 2013 she was awarded the RWA Nora Roberts Lifetime Achievement Award. Though most of her books have been historical romance, she has also published contemporary romances, historical fantasy, and young adult paranormal historicals. She lives in Maryland with her nearest and dearest, both two and four footed.