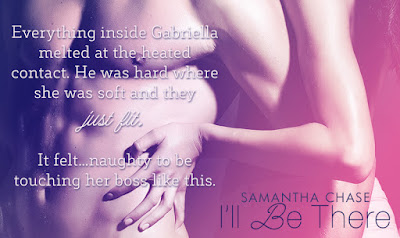 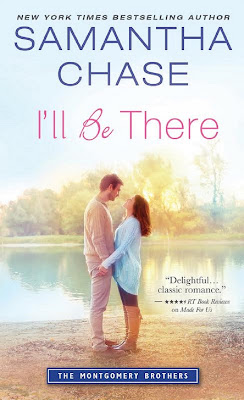 This
Montgomery Has a Head for Business

Working for Zach Montgomery is challenging on many levels-coming from a wealthy and powerful family, he lives by his own rules and doesn't answer to anyone. But Gabriella Martine has no
intention of backing down. She's used to handling stubborn men, and it doesn't
hurt that Zach is smart, charismatic...and gorgeous.

And a Heart for Adventure


Zach's perfect world is turned upside down when a climbing accident leaves him broken, angry, and maddeningly dependent. In his slow quest for recovery, Gabriella is always there to help...but as Zach comes to see his beautiful assistant in a new light, he is forced to re-evaluate what it really means to be a man worthy of Gabriella's love.

Shock.
Then
more shock.
And
then…aah…Gabriella melted into Zach. After all they had been through
together, after everything they had talked about tonight, this was so not the
way she envisioned their time together ending.
But she was completely on board with it.
For
years she had dreamed about what it would be like for Zach Montgomery to kiss
her and now that he was, she needed to stop talking to herself and start
enjoying it!
Zach must have realized she was on board because his second crutch fell to the floor
as his arms banded around her waist. Everything inside Gabriella melted at the
heated contact. He was hard where she was soft and they just…fit. Her hands
tentatively stroked their way up his muscular arms and then paused on his
shoulders. It felt…naughty…to be touching her boss like this.
Wait…not her boss. Zach. She was touching Zach. Get your head out of the office,
girl!
A low hum emanated from Zach and she let her hands slowly glide up the strong column
of his throat—and stopped and lingered on his now clean-shaven jaw—and up into
his hair. It was longer than he’d ever worn it but it was thick and silky and
her fingers just sort of gently grasped and tugged to hold him to her.
If possible, Zach moved in even closer and Gabriella was thoroughly pressed from
head to toe between him and the wall. His lips were devouring her but his arms
stayed as they were—tightly banded and holding her close as if he was afraid
she’d get away.
Not likely.
Right now, there wasn’t another place on the planet she wanted to be. Which was a bit
ironic considering that less than a minute ago she wanted to be anyplace but
here! Funny how fast things could change.
She
struggled between needing to take a breath and never letting Zach’s lips leave
hers again. As if reading her mind, he began to trail kisses along her cheek
and her jaw. He nipped at her earlobe and then stopped to simply inhale her.
“Do you have any idea how long I’ve wanted to do this?” he growled lowly against her
ear.
“Hopefullyas long as I’ve wanted you to,” she openly admitted as she rubbed herself
against him.
He
chuckled softly. “The first time you walked through my door, I wanted to touch
you. Kiss you.” His tongue lightly traveled down the side of her neck to her
collarbone. “Make love to you.”
Gabriella trembled at his words. How was it possible she didn’t notice that? How had he
kept it a secret for so long? And why? It was on the tip of her tongue to ask
him, but he raised his head and gave her a very sexy grin before reclaiming her
lips. There was no shock this time, just anticipation. Zach’s admission had
pretty much done it all for her, she was putty in his hands.
She wanted to move, to get to a place where her back wasn’t pressed against a wall.
But again, she didn’t want to stop what Zach was doing long enough to even say
anything. Her nails raked his scalp and she felt the growl vibrate through him.
She pushed her breasts more firmly against him, and felt his erection nudge her
belly.
The wall was just fine.
- November 16, 2015