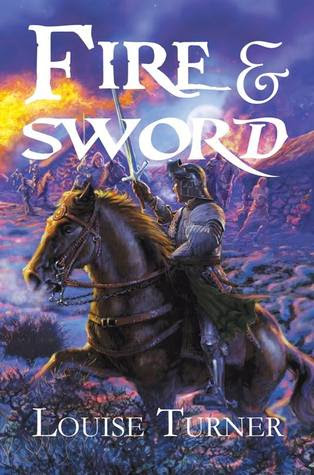 Publication Date: September 19, 2013
Hadley Rille Books
Formats: eBook, Paperback
On the 11th June in 1488, two armies meet in battle at Sauchieburn, near Stirling. One fights for King James the Third of Scotland, the other is loyal to his eldest son, Prince James, Duke of Rothesay.

Soon, James the Third is dead, murdered as he flees the field. His army is routed. Among the dead is Sir Thomas Sempill of Ellestoun, Sheriff of Renfrew, whose son and heir, John, escapes with his life.

Once John’s career as knight and courtier seemed assured. But with the death of his king, his situation is fragile. He’s the only surviving son of the Sempill line and he’s unmarried. If he hopes to survive, John must try and win favour with the new king.

And deal with the ruthless and powerful Lord Montgomerie…

I really enjoyed reading Fire& Sword by Louise Turner.  Because I didn’t know too much about Scottish history there were some parts of the story that were a little overwhelming.  I thought it was interesting that the author alluded to many characters having the same first name, yes, this was also a little confusing.
Overall, I really enjoyed the story. It picks up right away in the beginning. Although Thomas is the hero he is very real.  He is a Knight in Shining Armor but with some issues and personality traits to work out.  This made him seem more real and relatable.  Although Thomas is the main character, Hugh Montgomery was the most fascinating to me.  The author really developed him into a very complex, multi-dimensional and fascinating character.  I highly enjoyed and recommend this fun adventure.

“Louise Turner skillfully brings to life the conflict-ridden world of 15th century Scotland. Based on the true story of John Sempill, the narrative takes us from near ruin to an uneasy but satisfying final triumph. Thomas is a wonderfully flawed character, not your typical knight-in-shining-armor, but a young man plagued by uncertainty, prone to dark moods, and keenly aware of the ax hanging over his head. Hugh Montgomery, at once John’s nemesis and eventual ally, is simply delightful in his charisma and ruthlessness. The principle women of the story, Mary, Margaret, and Helen, bring fresh and varied perspectives to the events at hand, each one admirable in her own way. Honestly, I found nothing to complain about in this novel. It is expertly written, kept me turning the pages and reading late into the night. A fantastic debut, recommended for all fans of historical fiction, medieval times, and romance. I look forward to seeing what Turner has to offer next.” – Karin Rita Gastrich, Amazon Reviewer 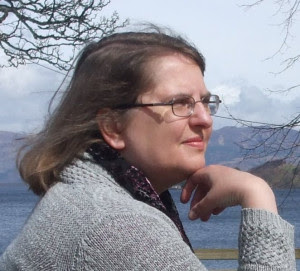 Born in Glasgow, Louise Turner spent her early years in the west of Scotland where she attended the University of Glasgow. After graduating with an MA in Archaeology, she went on to complete a PhD on the Bronze Age metalwork hoards of Essex and Kent. She has since enjoyed a varied career in archaeology and cultural resource management. Writing has always been a major aspect of her life and in 1988, she won the Glasgow Herald/Albacon New Writing in SF competition with her short story Busman’s Holiday. Louise lives with her husband in west Renfrewshire.

Monday, May 5
Review at The Mad Reviewer
Review at Flashlight Commentary

Tuesday, May 6
Interview at Flashlight Commentary

Monday, May 12
Interview at The Mad Reviewer

Monday, May 26
Review at The Most Happy Reader

To win a $20 Amazon Gift Card please complete the Rafflecopter giveaway form below. Giveaway is open to US residents only.

Giveaway ends at 11:59pm on June 30th. You must be 18 or older to enter.
Winner will be chosen via Rafflecopter on July 1st and notified via email.
Winner have 48 hours to claim prize or new winner is chosen.