copy received for an honest review from publisher
Three Stars 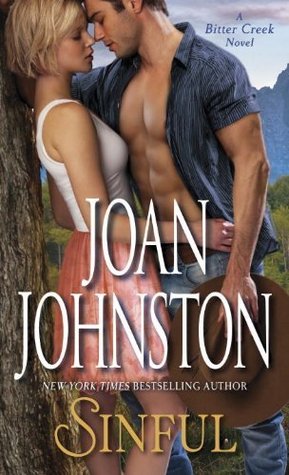 Connor Flynn is a Delta sergeant and he recently lost his wife. Since he was enlisted in the military he had to leave his two children with their maternal grandparents. When Connor’s time is up he moves back home. He has a couple of things to deal with. One he is a widower. He lost his wife, who was also his high school sweetheart, in a car accident. Two his in-laws want to keep the children and have painted him as an unfit father. Although Connor passionately loves his children he really hasn’t had much time with them since he was serving in the army. He is trying to rebuild his life and needs a lot of help.

Eve Grayhawk was Molly (Connor’s wife’s) bestfriend. She has also loved Connor since they were in high school and has sat by as Connor married and had a family with her bestfriend- basically coveting her life.

So I LOVED both Connor and Eve. They were both so incredibly sweet and such great people. They also had great chemistry and I really wanted them to find their way together. I’m a sucker for unrequited loved that is finally fulfilled. I was interested in them as people, as a couple, and genuinely liked them and loved their chemistry.

Aside from the great hero and heroine I did have some issues with the story. First, everything was so dramatic. I mean it seemed everything happened to Connor. It was one thing after another. He is marrying Eve and because of old family revelries between their perspective families his father cuts off his trust fund. The social worker assigned to them is basically threatening him at every meeting, he suffers from PTSD(Post Traumatic Stress Disorder). He has guilt because he feels responsible for his bestfriend’s death. I kept thinking, “give the guy a break…” So the supporting characters were also a positive and a negative for me. There are some old rivalries between his brothers and her sisters. I cannot wait to see those unfold, especially Leah’s story. But the dad’s were so ridiculous. Eve’s father cuts her and her sisters off and it is never 100% why. Yes, the dad wants his prodigal son, Matt, to come home but to give him the land where his family grew up and leave his daughters on the street? This was a hard one to swallow. My last pet-peeve was the inconsistencies. Eve finally agrees to marry Connor and she receives a message from National Geographic offering her a job out in Nevada-on the day of their wedding?? I mean come on… Ok, so putting this little issues aside I’m looking forward to the next book in the series “Shameless.” I can’t wait to see how she brings Pippa Grayhawk and Devon Flynn together! I’m hooked on this series and I want to see where the author takes the perspective siblings.