This is one of those books that I wanted to like more than I actually did. I put this book down and really finished it with sheer will and determination. This was not an easy task because the book was rather lengthy. There were some parts of the story that were very interesting (like the historical context) and some parts that I could have done without (like the hero and heroine).

The story started off pretty well. Lady Lenora Trevelyan is engaged to be married to a tyrant and abuser. The story starts off with her getting a public flogging by her soon to be husband, Prince Kurt von Rotenburg-Gruselstadt. The Prince is horrible. He controls every aspect of Lenora’s life. She lives in constant fear and he is, obviously, physically abusive to her. The first scene was difficult to read but it definitely started off very dramatic and I was interested to see in what direction the story would progress. She is assisted by our “hero” Wolfram von Wolfsbach und Ravensworth, the English Earl of Ravensworth after this very humiliating and painful moment. So far the story is still good and interesting. Then somewhere the story went off course… Wolfram decides, after rescuing Lenora that he will marry her. I had a difficult time digesting his instant infatuation with her. Since he decided that they are getting married there apparently isn’t anything to discuss. It was hard to combine the idea of a “knight in shining armor” acting like a Neanderthal. They shared many scenes together where I had to shake my head.

Lenora was definitely more likeable but she seemed to just get caught up with one rotten fiancée to a very confusing and very frustrating husband… This is probably the first romance novel where I wanted the heroine to end up alone… There were many moments where I had to stop reading and read something else. I kept screaming “Lenora, you deserve better!” I really liked the writing style and the historical context were interesting- there is a revolutionary uprising in Germany and in part because of the horrendous Prince. It was fitting that Wolfram was the leader of the rebels. I definitely want to read other books by this other I just have a certain expectation when it comes to “modern” novels. I definitely don’t expect to feel nauseated with the relationship between the hero and heroine. So, why three stars? Aside from the very dysfunctional relationship between the hero and heroine the rest of the book was interesting. 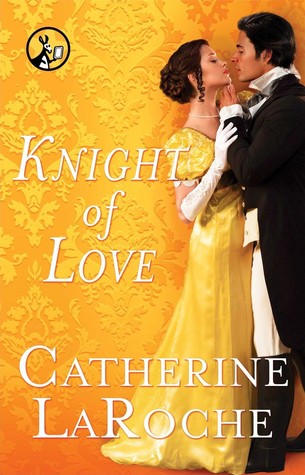