Close to the Sun by Donald Platt 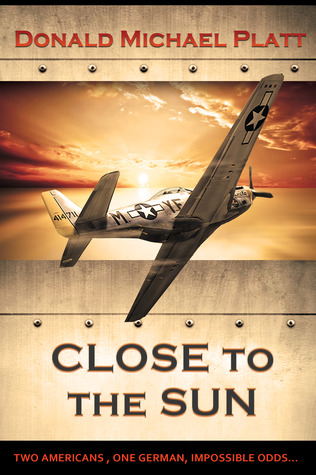 Close to the Sun by Donald Platt
Five Stars
Copy received from Historical Virtual Book Tour for an honest review.

Anytime I read about service man and woman I feel humbled.  Their commitment, courage and strength never fail to astound me. Donald Platt’s “Close to the Sun” was no exception.  There were many details about the life of WWI fighter pilots.  I loved learning about Hank Milroy, Karl, Fürst von Pfalz-Teuffelreich and Seth Braham. I thought that the author was really able to capture their uniqueness and their combined passion for flying as pilots during such an intense time in U.S. history.   I have to confess that my favorite was Catherine “Winty” McCabe.  I loved that the author included her in this story.  Women were definitely not considered when it came to become pilots but Winty really pushed the limits and played by her own rules.  Princess Maria-Xenia, Elfriede “Elfie” Wohlmann and Mimi Kay all added a female voice and experience during this time period.  The author really developed each of these characters and their individual stories became part of one big story.  Platt’s writing was engaging and very technical.  Although I knew next to nothing about fighter pilots after reading Close to the Sun, I felt more knowledgeable. I highly recommend this book for anyone that enjoys learning about WWI, fighter pilots, or is just looking for a cast of great characters.  The harshness of war is never pleasant and I commend Platt for giving a voice to such a trying time in U.S. history.

Close to the Sun follows the lives of fighter pilots during the Second World War. As a boy, Hank Milroy from Wyoming idealized the gallant exploits of WWI fighter aces. Karl, Fürst von Pfalz-Teuffelreich, aspires to surpass his father’s 49 Luftsiegen. Seth Braham falls in love with flying during an air show at San Francisco’s Chrissy Field.
The young men encounter friends, rivals, and exceptional women. Braxton Mobley, the hotshot, wants to outscore every man in the air force. Texas tomboy Catherine “Winty” McCabe is as good a flyer as any man. Princess Maria-Xenia, a stateless White Russian, works for the Abwehr, German Intelligence. Elfriede Wohlman is a frontline nurse with a dangerous secret. Miriam Keramopoulos is the girl from Brooklyn with a voice that will take her places.
Once the United States enter the war, Hank, Brax, and Seth experience the exhilaration of aerial combat and acedom during the unromantic reality of combat losses, tedious bomber escort, strafing runs, and the firebombing of entire cities. As one of the hated aristocrats, Karl is in as much danger from Nazis as he is from enemy fighter pilots, as he and his colleagues desperately try to stem the overwhelming tide as the war turns against Germany. Callous political decisions, disastrous mistakes, and horrific atrocities they witness at the end of WWII put a dark spin on all their dreams of glory.

“Donald Michael Platt’s Close to the Sun is an amazing story told from the perspective of average male fighter pilots in the onset and during WWII, juxtaposing between various men from many sides of the war. The details in this novel were spectacular, creating imagery and depth in the scenes and characters, as well as the dialogue being so nostalgic and well-written it felt right out of a 1950’s film. The romantic nuances of his storytelling felt incredibly authentic with the tug and pull of the men being called to serve and the women whom they loved who had their own high hopes, dreams, or work. I loved how he portrayed this women the most—strongly and fiercely independent. I’ve read several other books by Platt, and this is the best one I’ve read yet! I couldn’t stop reading. ” – Erin Sweet Al-Mehairi, Hook of a Book
“Donald Platt’s Close To The Sun, is nothing short of Historical Fiction gold. Platt’s flair for emotionally provocative storytelling makes this book attractive to both male and female readers. Seamlessly weaving the threads of action and feeling into a brilliant tableau of humanity. This is a masterfully penned tale of war, ambition, love, loss, and ACES!” – Frishawn Rasheed, WTF Are You Reading?
“Fast-paced and riveting I couldn’t get enough of Hank, Karl and Seth’s exploits! CLOSE TO THE SUN is a thrilling novel that leads readers through idyllic dreams of heroism and the grim reality of war. Platt provides readers with a unique coming-of-age story as three adventure-seeking boys discover far more than how to be an aerial combat pilot. CLOSE TO THE SUN is an amazing tale of adventure, heroism, war and the drive within us all that keeps us going when things look bleak.” – Ashley LaMar, Closed the Cover
“I found Close to the Sun to be an entertaining read, it was well written, with well developed characters, these characters had depth and emotion. A unique plot, told from the point of view of pilots prior to and during World War II. It was a well researched and interesting book” – Margaret Cook, Just One More Chapter 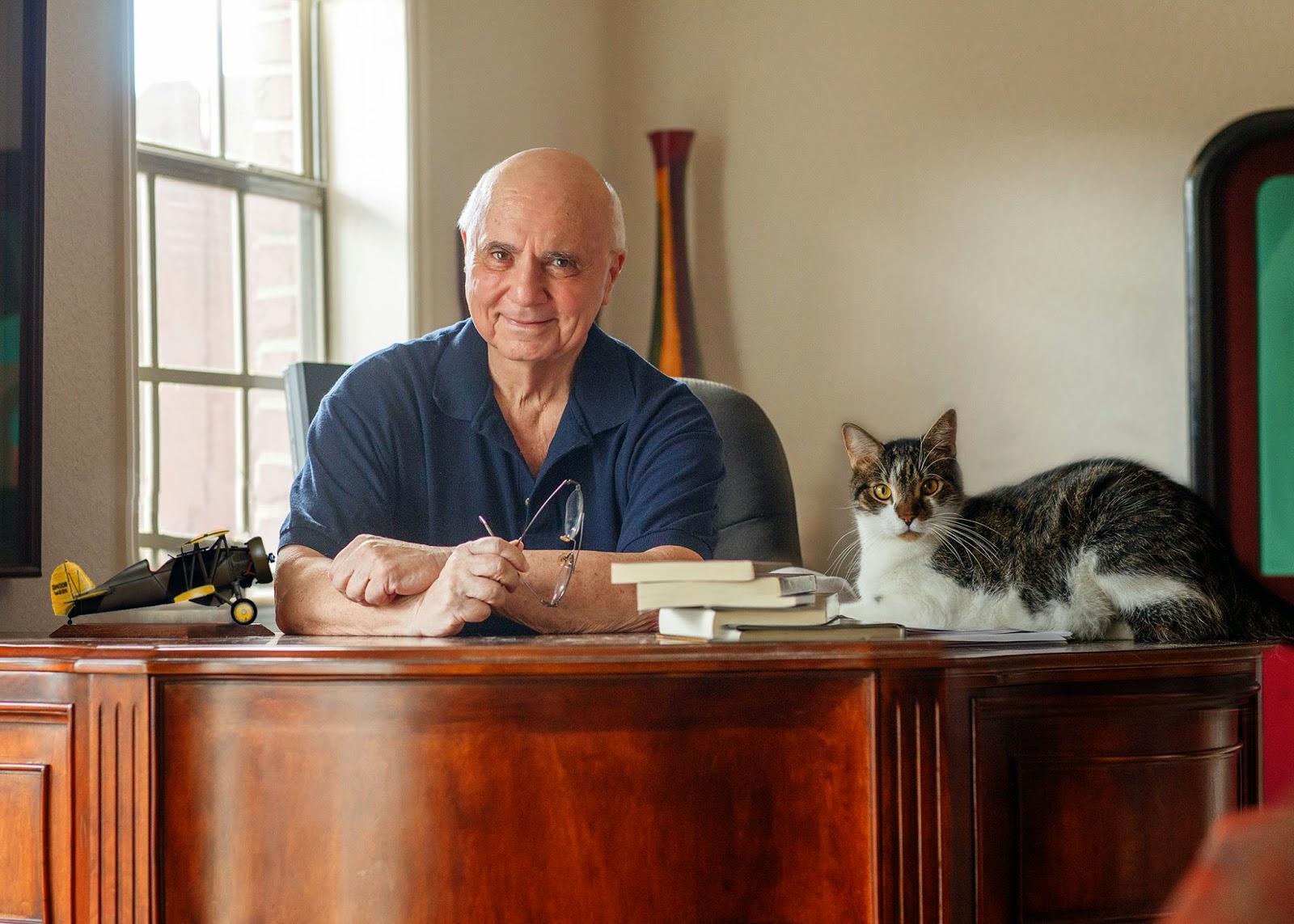 Author of four other novels, ROCAMORA, HOUSE OF ROCAMORA, A GATHERING OF VULTURES, and CLOSE TO THE SUN, Donald Michael Platt was born and raised in San Francisco. Donald graduated from Lowell High School and received his B.A. in History from the University of California at Berkeley. After two years in the Army, Donald attended graduate school at San Jose State where he won a batch of literary awards in the annual SENATOR PHELAN LITERARY CONTEST.
Donald moved to southern California to begin his professional writing career. He sold to the TV series, MR. NOVAK, ghosted for health food guru, Dan Dale Alexander, and wrote for and with diverse producers, among them as Harry Joe Brown, Sig Schlager, Albert J. Cohen, Al Ruddy plus Paul Stader Sr, Hollywood stuntman and stunt/2nd unit director. While in Hollywood, Donald taught Creative Writing and Advanced Placement European History at Fairfax High School where he was Social Studies Department Chairman.
After living in Florianópolis, Brazil, setting of his horror novel A GATHERING OF VULTURES, pub. 2007 & 2011, he moved to Florida where he wrote as a with: VITAMIN ENRICHED, pub.1999, for Carl DeSantis, founder of Rexall Sundown Vitamins; and THE COUPLE’S DISEASE, Finding a Cure for Your Lost “Love” Life, pub. 2002, for Lawrence S. Hakim, MD, FACS, Head of Sexual Dysfunction Unit at the Cleveland Clinic.
Currently, Donald resides in Winter Haven, Florida where he is polishing a dark novel and preparing to write a sequel to CLOSE TO THE SUN.
For more information please visit Donald Michael Platt’s website. You can also connect with him on Facebook and Twitter.