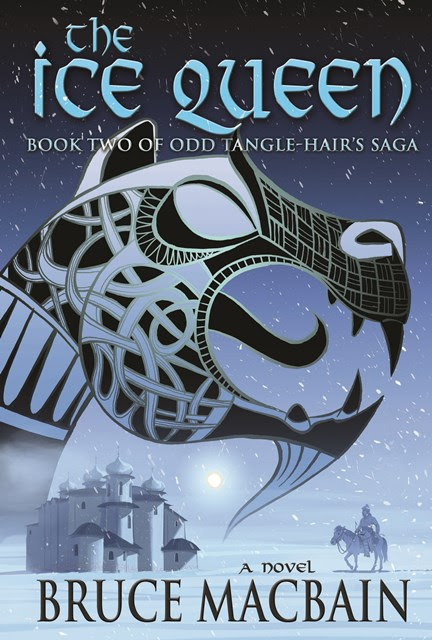 The second volume of Odd Tangle-Hair’s Saga takes up Odd’s adventures as a skald (court poet) in the land of the Rus. Here he is drawn into a dangerous love affair with the passionate and cunning Princess Ingigerd of Novgorod, and is forced to break with his sworn lord, Harald the Ruthless. Along the way, Odd devises a stratagem to defeat the wild Pechenegs, nomadic warriors of the Russian steppe, and goes off on a doomed mission to explore the distant reaches of the Black Sea. The novel concludes with Odd sailing into the harbor of Constantinople, bent on a secret mission, which will almost certainly cost him his life.

My Review
Four Stars
Copy received from Historical Fiction Virtual Book Tours for an honest review
"The Ice Queen" was a great follow-up to the first book in this series "Odin's Child."  One of the many wonderful things about writing reviews is that I am exposed to many more books than I would normally know about and at times be interested in reading.  I usually stay away from fantasy stories because it's a genre that I'm not usually as interested in but Macbain has such an engaging way of grabbing my attention that I feel pulled into the story immediately.  Aside from the engaging manner that Macbain tells this and the previous story, I personally love witty commentary from characters.  It makes the story more enjoyable and Macbain definitely accomplishes this. Finally, I really like Pablo Coehlo and I couldn't help but feel like Macbain is similar in his storytelling. There always seems more than meets the eye with his dialogues and with the different things that occur throughout the story. Great dialouge, adventure and romance, there was no way I could not enjoy this great story. 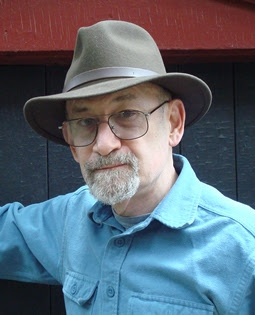 From boyhood, Bruce Macbain spent his days in reading history and historical fiction. The Greeks and Romans have held a special fascination for him, and this led to earning a master’s degree in Classical Studies and a doctorate in Ancient History. Along the way, he also taught English as a Peace Corps Volunteer in Borneo. Later, he taught courses in Greek and Roman civilization at Boston University, and published a few dense monographs, read by very few. In recent years he has turned to writing fiction, a much more congenial pursuit, beginning with two historical mysteries set in ancient Rome (Roman Games and The Bull Slayer). Now, he has turned his attention to his other favorite folk, the Vikings. Odin's Child , the first novel of Odd Tangle-Hair’s Saga, was published in May, 2015 and is now followed the sequel, The Ice Queen. A concluding volume will follow next year.

Monday, December 14
Review at Oh, For the Hook of a Book

Tuesday, December 15
Interview & Giveaway at Oh, For the Hook of a Book

Monday, December 28
Review at A Book Geek
Review at The Absurd Book Nerd