The Forgotten Flapper by Laini Giles 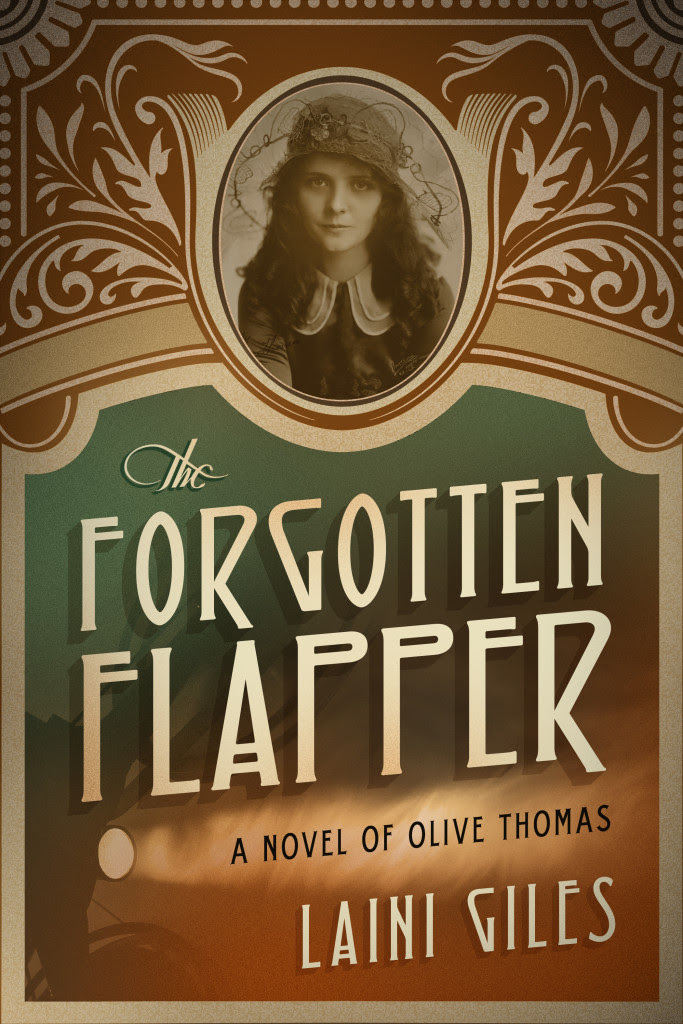 A presence lurks in New York City’s New Amsterdam Theatre when the lights go down and the audience goes home. They say she’s the ghost of Olive Thomas, one of the loveliest girls who ever lit up the Ziegfeld Follies and the silent screen. From her longtime home at the theater, Ollie’s ghost tells her story from her early life in Pittsburgh to her tragic death at twenty-five.

After winning a contest for “The Most Beautiful Girl in New York,” shopgirl Ollie modeled for the most famous artists in New York, and then went on to become the toast of Broadway. When Hollywood beckoned, Ollie signed first with Triangle Pictures, and then with Myron Selznick’s new production company, becoming most well known for her work as a “baby vamp,” the precursor to the flappers of the 1920s.

After a stormy courtship, she married playboy Jack Pickford, Mary Pickford’s wastrel brother. Together they developed a reputation for drinking, club-going, wrecking cars, and fighting, along with giving each other expensive make-up gifts. Ollie's mysterious death in Paris’ Ritz Hotel in 1920 was one of Hollywood’s first scandals, ensuring that her legend lived on.


My Review:
Four Stars
Copy received from Historical Fiction Virtual Book Tours for an honest review.
The minute I read the summary for "The Forgotten Flapper" by Laini Giles I was instantly interested.  I'm glad that my enthusiasm was not met with disappointment.  Giles instantly painted an image of New York in the early 1900's.  She was able to mix the beautiful setting with a sweet romance between Olive and Jack.  I loved the presence of the theater that Giles presented. It was interesting to see how life was like in the 1920s and how the turbulence of the the times was parallel to their relationship.  Although I was not familiar with Ollie's legacy, I was instantly interested in her and what her experience as like in such a crazy era of drinking and partying.

I really enjoyed the pacing of the story and thought that the author really took her time unfolding the events that eventually lead to Ollie's death. I highly recommend this to anyone that enjoys history, romance and hearing about the life in the world of performance.  The book is lengthy but it's rich and satisfying. 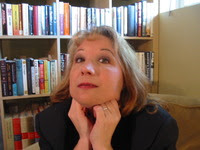 A native of Austin, Texas, Laini Giles grew up the daughter of bookworms, and became a Nancy Drew devotee early on. When she realized there might be no escape from hairy tarantulas and bad guys with guns, she put her detective dreams on hold and wrote about them instead, finishing her first mystery novel with custom illustrations when she was eight. It was this love of mystery combined with a love of old MGM musicals and The Marx Brothers that led her to check Kenneth Anger’s Hollywood Babylon out of the library during her formative years. Ideas began to simmer.

A graduate of the University of North Texas, she put the writing on hold for a while when real life got in the way (i.e.—she met and married her Canadian husband and headed north for maple-flavored goodies and real beer). She highly recommends moving to another country and not being able to work for a year for finishing any novels you may have laying around.

Laini and her husband live in Edmonton, Alberta with their three gray girl cats, nicknamed The Supremes.

For more information visit Laini Giles' website and blog. You can also find her on Twitter and Goodreads.

Monday, August 3
Kick Off & Giveaway at Passages to the Past

Wednesday, August 5
Book Blast/Spotlight at History From a Woman's Perspective

Friday, August 7
Book Blast/Spotlight at What Is That Book About

Friday, August 14
Spotlight & Giveaway at To Read, or Not to Read

Thursday, August 20
Spotlight & Giveaway at View From the Birdhouse

Monday, August 24
Review at A Chick Who Reads