The Lure of the Moonflower by Lauren Willig/ Plus Excerpt 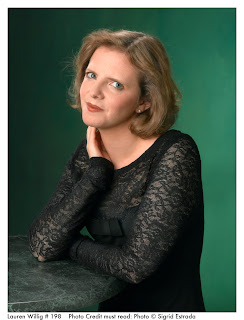 For over a decade New York Times bestselling author Lauren Willig has charmed readers with her genre-bending Pink Carnation novels. Readers eagerly await each new installment to the incredibly popular series, anticipating a tale of history, high-stakes espionage, biting humor, romance, and the fiercely independent heroines they love to root for. With THE LURE OF THE MOONFLOWER (NAL Trade Paperback Original; August 4, 2015; $16), Willig delivers the epic conclusion to the much beloved series. The Pink Carnation is faced with her most dangerous mission to date—and that’s not including the sexy, rebellious spy she’s forced to team up with…

Jack Reid, the agent known as the Moonflower, is awaiting his contact in Portugal. But he never expected to be paired with a woman—especially not the legendary Pink Carnation.
All of Portugal believes that the royal family departed for Brazil just before Napoleon occupied Lisbon. Only the English government knows that Queen Maria was spirited away by a group of loyalists determined to rally a resistance.

It’s up to Jane Wooliston, known as the Pink Carnation, to find the Queen and ensure her safety. But she has no knowledge of Portugal or the language. Though she is loath to admit it, she needs the Moonflower. And she knows better than to show weakness around the Moonflower—an agent with a reputation for brilliance, a tendency toward insubordination, and a history of going rogue.

A brilliantly designed novel filled with espionage, suspense, intrigue, and wit—Lauren Willig never fails to deliver heart-pounding, swoon-worthy stories. THE LURE OF THE MOONFLOWER gives fans of the series a conclusion to remember and is a must-read for this summer season.

Lauren Willig is the award winning, New York Times bestselling author of the Pink Carnation novels, set in the Napoleonic Era. Before becoming a full time writer she received a JD from Harvard Law. She resides in New York City.