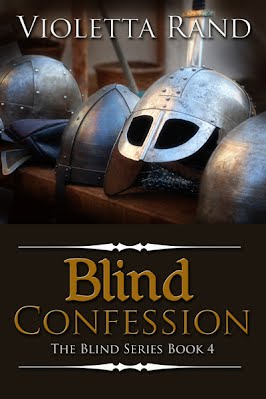 Abandoned by the woman he loved, Captain Marteinn wants to escape his misery by winning the summer games in Lagenheim. The champion is entitled to ask one favor from the jarl and he’s prepared to request his freedom.

A woman desperate for passion ...

Taken to Scandinavia after the Normans invaded England, Mercia works hard to prove her loyalty to the Vikings. Despite multiple offers of marriage, she fears she’ll never find true love. Until she meets a brooding warrior, who ignites a hidden passion she can’t ignore.
Excerpt:Mercia counted herself among the luckiest of women to be seated at the high table. Although she’d grown up with Lady Rachelle in England, she’d worked as a maid in her uncle’s household. To be included as a family member now, was something she’d never expected. Since her escape from the war-torn country, she’d found happiness in Norway. Instead of working as a servant, she served as Rachelle’s companion, which meant nothing more than wearing pretty gowns and helping manage her household.

She reached for a piece of bread, her gaze travelling across the guests below. She gasped when she spied Lady Kara’s friend, Captain Marteinn, standing nearby. Chestnut curls framed his magnificent features, and his high cheekbones and slightly slanted eyes gave him the look of an exotic heathen deity. The rare combination set him apart from the other men. And his broad shoulders and narrow waist didn’t escape her attention.
“Is everything all right?” Rachelle leaned close. “Are you ill?”
“No-no.”
“Your hands are trembling.” Rachelle felt Mercia’s forehead. “No fever ...” Then she followed her gaze. “Oh, the despondent stallion all the women whisper about.”
Ridiculous. It was mere coincidence the captain came into her line of vision when he did. “I don’t know what you’re prattling on about.”
Rachelle laughed. “Flushed and trembling—all symptoms of a very familiar sickness I suffered from several years ago when I met my husband. He’s very handsome, Mercia. But don’t subject yourself to a man who already loves another woman.”
She was still staring at him. “What woman?” Perhaps she already knew the answer. When she’d joined Kara earlier in the day, she’d overheard part of the conversation her friend was having with the captain.
I no longer entrust anyone with my secrets or my heart.
“Kara Dalgaard.”
Unable to stop staring, she winced when their gazes finally met. His eyes flashed with interest, but she immediately turned to face Rachelle. “Is he headed this way?”
“I thought the captain didn’t pique your interest. You’re a bad liar, .”
“Tell me, please.”
“Indeed, he is.”
Her heart pounded. They’d never been formally introduced. Why couldn’t she control herself? A few stolen glances shouldn’t make her shake as if she’d never met a handsome man before.
“Lady Rachelle.” Marteinn bowed.
“Captain Marteinn. Always a pleasure to see you. I enjoyed the death match today.”
sucked in a breath. The Saami hadn’t died, although it had been a brutal fight.
His wonderfully shaped lips twitched. “May I ask after the lady?”
“My dearest friend, .”
Again, the captain bowed elegantly. “We met briefly outside today.”
“I don’t believe we had the opportunity to actually speak, Captain Marteinn.”
“Forgive me.”
Was that a hint of a smile in his eyes?
“Did you watch the wrestling match?” he asked.
Do your duty, be polite. Spare Rachelle any embarrassment. “I’m afraid that I didn’t.”
He raked his fingers through his hair, visibly disappointed.
“She’s not accustomed to the games,” Rachelle explained. “Whenever we sponsor similar activities at home, always finds an excuse to run off.”
She slumped in her chair. Her friend was trying to help, but the effort only served to make her look foolish. It wasn’t for lack of interest—she enjoyed seeing men compete. But something stirred inside her whenever they stripped down to their braes. That’s what made her avoid the games, her response to half naked men.
“A timid creature,” he observed none too kindly. “Some women aren’t meant for vigorous activities.”
cleared her throat, leaning forward. “Let me assure you, Captain, I am not timid, just easily bored.”
Their eyes met again and held for what felt like eternity. Heat flooded her belly as she took in the intensity of his stare. “I’ll remember that,” he said, then walked away.
“Another arrogant Viking.” watched him disappear into the crowd. “No wonder I can’t find a companion—these men are hardly distinguishable from the beasts they keep.”
“You fell prey to his trick.”
She shook her head, then turned back to her friend. “What do you mean?”
Rachelle patted her hand, chuckling softly. “He tested your wit. And from the way he reacted, I think you exceeded his expectations.”

Raised in Corpus Christi, Texas, Violetta Rand spent her childhood reading, writing, and playing soccer. After meeting her husband in New England, they moved to Alaska where she studied environmental science and policy as an undergraduate before attending graduate school. Violetta then spent nearly a decade working as an environmental scientist, specializing in soil and water contamination and environmental assessments.
Violetta still lives in Anchorage, Alaska and spends her days writing evocative New Adult romance and historical romance. When she’s not reading, writing, or editing, she enjoys time with her husband, pets, and friends. In her free time, she loves to hike, fish, and ride motorcycles and 4-wheelers.