The Silent Land by David Dunham 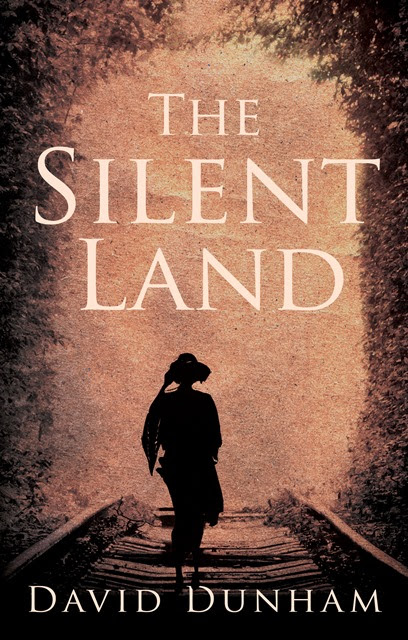 The Silent Land
by David Dunham

Copy received from Historical Fiction Virtual Book Tours for an honest review
Four Stars
This is my first time reading David Dunham and it was a very pleasant experience. Rebecca Lawrence is a fantastic heroine.  I completely enjoyed the heroine and watching her life develop from a young women to a married woman and ultimately to the wife of a soldier. Dunham doesn't hold back on the emotional stress of WWI and he immediately takes us into the time period. This book was easy to get into and very easy to like.

Rebecca Lawrence reached a count of sixty in her head and slid her finger into the back pages of her mother’s diary. Mistaking the diary for a book granted her innocence the first time she’d opened it. She had no argument for innocence now.’

Just when Rebecca Lawrence believed joy had come into her life, she learns the truth about how her mother died years before. Marriage to her first love and motherhood pulls her back from resentment, only for the First World War to threaten her peace when her husband is sent to fight.

When she discovers another lie which could fracture her world, she is faced with the choice of ignoring it, or letting the scars of the past corrupt her.

Set between 1903 and 1919, The Silent Land explores the complexities of love and the pursuit of truth in grief. The inspirational purity of the heroine will draw readers in, demonstrating how strength can be found at times when it would have seemed inconceivable.

The Silent Land explores the different shades of grief – the loss of a mother through assisted suicide, the loss of a father through a heart attack, and the loss of a husband through conflict. Comparable to works by Colm Tóibín and Sebastian Faulks, this is a moving and eloquently written tale of the overwhelming struggle faced by women left at home during the war.

"A poignant tale through a woman's viewpoint that won't scare the horses or male readers with an especially effective second half." – the bookbag.co.uk
"I loved the story… makes you appreciate life and what you have." – Mojomums.co.uk
"A detailed story that shows what happens when there are dreadful and terrible secrets within a family and how the shadow of the great and terrible Great War was a long a dark one." - thatsbooks.blogspot.co.nz

The boys were sat at the table, their hands on their laps.
‘Please, begin,’ said Rebecca, pulling out her chair.
James and Sebastian began to eat. Rebecca waited until their mouths were full and said, ‘I’ll be coming with you in the morning. I’ll meet you after school and we’ll travel home together.’
James swallowed. ‘Why will you be in Worcester all day?’
‘I’m not, darling. I’ll be in Birmingham.’
‘Why are you going there?’
‘To visit your Uncle Teddy.’
James looked confused. ‘Why is he in Birmingham?’
‘He’s in hospital.’
‘Is he poorly?’
‘I don’t believe so.’
‘So why is he there?’
Rebecca hesitated and said, ‘I expect he’s hurt.’
‘From the war?’ asked Sebastian.
‘Yes.’ Rebecca took a sip of wine, hoping the questions would stop. James was soaking a potato in melted butter and Sebastian was chewing on a piece of bread.
‘Was Uncle Teddy with Papa?’ said James.
Rebecca remembered what Edward had written: Giving his life to protect mine. ‘He might have been.’
‘How do you know he’s in hospital?’
‘He wrote to me.’
‘What did he write?’
Rebecca took a longer sip of wine. ‘He told me the hospital he’s in and the time I could visit.’
‘Can we come?’ asked Sebastian.
‘No, you need to be at school.’
‘Can we go on Saturday then?’
‘Perhaps.’
James stabbed another potato with his fork. ‘Why didn’t he tell you what was wrong with him?’
‘I really don’t know, James.’
‘Can I read his letter?’
‘No, you can’t.’
‘Why not?’
‘Because you can’t.’
‘I don’t understand.’
‘It was addressed to me, that’s why.’
‘But…’
‘That’s the end of it. No more questions.’
James released his cutlery on to his plate.
‘James!’ snapped Rebecca, banging her fist on the table. ‘You will not behave like that.’
James dropped his head. He finished his dinner in silence and was excused from the table, taking Sebastian with him. Rebecca looked at the three empty chairs and reached for the wine bottle. She poured herself a second glass and then a third, and a fourth, not touching her food. The boys had gone to Rupert whenever she had raised her voice. Now they only had each other.

Having spent his career in the media industry, David Dunham has worked as a reporter, deputy editor, senior producer and homepage editor. David lives in New Zealand, where he was born, though from time to time can be found daydreaming about Worcestershire, England where he was raised.

Tuesday, November 29
Guest Post at What Is That Book About

Tuesday, December 13
Review at Oh, for the Hook of a Book

Wednesday, December 14
Interview at Oh, for the Hook of a Book

Monday, December 19
Blog Tour Wrap-Up at Passages to the Past