The Cancer Code was a fast-pace book about Jim MacWaid.  Jim is very driven in his research.  He spends much of his time and most of his life in a lab.  This causes issues for him and although he is in a long term relationship they end up drifting apart. He goes back to his research. The story fast forwards to Jim and he is working for a Gluck Schmidt Little a big pharmaceutical company. Jim receives a letter warning him. This letter explains that he is in danger. Unfortunately, the letter comes to late or Jim does not move fast enough. He ends up getting a visit from the “bad” guys. Jim manages to escape but his life becomes a”Bourne Identity” type chase.
The bad guys want Jim to give up the code to the cure for cancer. Jim has to use all his strength and with to escape them while on the run. The story is told in third person so the readers observer the world around Jim not just form his perspective. Jim is eventually able to get away and outwit the bad guys. I was hesitant to read this book because I thought it would be very scientific but there was nothing to overly scientific. It read more like a fast pace movie. Overall, I found this to be a fun and interesting story. Jim was very difficult to understand at times. The readers were able to know him from the third person perspective but this does not stop the reader from rooting for Jim and hoping that he can out run the bad guys. 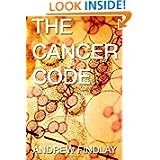