Gambling on a Scoundrel by Sheridan Jeane

When I heard of “Gambling on a Scoundrel” I was instantly interested because I really enjoy Victorian era stories. I had never read Sheridan Jeane and wanted to see what the story would be like. I also love hero’s and heroine’s that are outcasts and go against the tide.

The heroine is Tempy Bliss. I really liked her and the way she conducted herself. Tempy is an outsider. She comes from money not breed, in the era of the ton that made her an outcast. Her father made quite a lot of money off railroads but he was never much of a father to her. Tempy always longed for a connection with her father and although an outsider, she accepted that she would never fit in. Tempy made herself even more of an outcast when she decided to earn a living as a reporter. Although an heiress she doesn’t need the money but researching and writing are her passions. When she finds out that her fiancé-Ernest, now ex-fiancé, is engaged to a French woman, Tempy decides she needs to win him back.

Enter our hero, Lucien Hamlin. Lucien also is not of British society, but he has a lot of money. Money he made when he opened his own gambling house. Lucien is more than comfortable with his position but is ready for a new venture. When, as a favor, he allows Tempy to come to his gambling house, things start to become more complicated. Lucien doesn’t need press, least of all bad press. Tempy has been asked by Charles Dickens himself to write an article. Tempy refuses to disappoint Mr. Dickens. Against his better judgement, Lucien allows Tempy to do her research, but more is involved. He also tries to help her win her ex-fiancé back-again-against his better judgement. As Lucien and Tempy start to spend more and more time together they begin to have feelings for each other but both try to fight those feelings. Tempy is determined to win her ex-fiancé back because she thinks that she will also lose his family, which was in part the only family she ever had.

This was a really cute story and I really liked it. I also love to learn about the progressive time of Victorian England. I also really liked the hero and heroine. I have to say that the only parts that irked me were when Tempy seemed to go against her own characteristics. She is constantly tripping over things and needing rescue- I think this is done for comedic affect and its cute- but I really wanted her to have a stronger back bone, especially when it comes to her obsession with her ex-fiancé. Tempy really reflected the struggle that woman faced when they were trying to be taken seriously. I really didn’t like that she was so determined to validate herself by winning him back. Aside from these little tidbits, I really enjoyed the romance and plan to read more by this author. 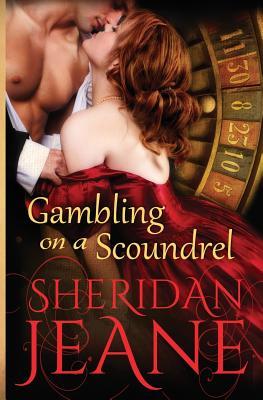