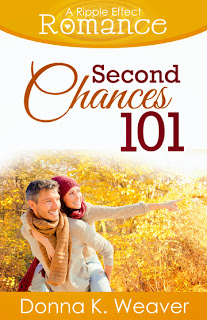 Thirty seven year old Francie Davis, a recent widow and empty nester, gets to attend college at last. She’s sure her luck has changed when she also lands a job on campus that will pay her tuition, as administrative assistant to a history professor. When her handsome new boss yells at her on the first day of work, Francie worries she will never be good enough.

For Professor Alex Diederik, life is going downhill fast. Not only is his bitter ex-wife trying to poison their only daughter against him, but now his one place of solace—his work environment—is being complicated by his attractive new administrative assistant. She drives home his feelings of failure as a husband and father, and Alex wonders if hiring her was the right thing to do.

Francie will have to put aside her hurt and insecurities or risk her dreams, while Alex must look outside himself if he’s to mend the breach with his daughter. And, perhaps, find someone who can help heal his pain.

Open only to those who can legally enter, receive and use an Amazon.com Gift Code or Paypal Cash. Winning Entry will be verified prior to prize being awarded. No purchase necessary. You must be 18 or older to enter or have your parent enter for you. The winner will be chosen by rafflecopter and announced here as well as emailed and will have 48 hours to respond or a new winner will be chosen. This giveaway is in no way associated with Facebook, Twitter, Rafflecopter or any other entity unless otherwise specified. The number of eligible entries received determines the odds of winning. Giveaway was organized by Kathy from I Am A Reader and sponsored by the author. VOID WHERE PROHIBITED BY LAW.


EXCERPT #1
“How did you sleep?” Alex asked, opening the fridge. He took out a carton of eggs and held them for her to see, his brows raised in query.

“I don’t understand how you can eat the unborn.” She shuddered and took another sip of her herbal tea. The haughty disdain reminded him of his ex-wife. Divorce certainly hadn’t freed him of that.

“You ate them six months ago.”

“I’m enlightened now.” Sam heaved a sigh, tilting her head and putting on a martyred expression. Another perfect imitation of her mother.

EXCERPT #2
The door burst open and a pretty girl with long strawberry blond hair stomped out. Her headlong rush drove her right at Francie, who squeezed against the wall, almost out of the way. Their shoulders hit, and they both stumbled. As Francie steadied herself, she could see tears in the girl’s heavily made up eyes. Staggering for a couple of paces, she managed to stay on her feet and then ran down the hallway.

“Come back here,” a man yelled from inside. He dashed out the door and halfway down the hall before it was obvious the student had made her escape.

Yelling at a student and chasing her down the hallway? That can't be my new boss.Francie couldn’t help staring at the compact but solidly built—almost buff—man who stood with his back to her. The angry energy came off him in waves, and she had to fight a primal instinct to run and hide. Giving a quick glance over her shoulder, Francie began to edge away. Maybe she could pretend she hadn’t seen. Suddenly the man swore and spun around, seeming to see Francie for the first time.

“What are you doing there?” he growled. “Eavesdropping?”

EXCERPT #3
“I heard that laugh.” Sam pointed a finger at him. “What have you been doing? Please don’t tell me you’ve been sitting in that old chair waiting for me.”

“I did read for a while,” Alex confessed before pointing to his screen.

She came to stand behind him and looked at the monitor. “Are you kidding me? Online dating? That’s brilliant. Why didn’t you do this sooner?” She didn’t give him a chance to speak, but pushed him out of his chair and sat in it herself. “Let me help. This will be fun!”

Alex bent over her shoulder to see what she was typing. “Hey, wait a minute.Ripped? Samantha Rosamunde Diederik. Don’t you dare write that. I don’t want to meet some woman and have her find out that everything she thinks she knows about me is a lie.”

“Oh, please, Daddy. You might not be tall, but you have a six-pack. And don’t forget your guns.”

“Your biceps. You are so twentieth century.”

“I’m not sure what you mean,” Francie said, trying not to be offended. She was used to being complimented on her cooking. Even Greg hadn't been able to find anything wrong with that.

The girl pointed at the sandwich Francie had pulled from the plastic wrapping. “You’re really bringing food from home?”

“I don’t have money for eating out.” Francie hated the flush she could feel creeping up her neck.

“What, you spend all your money on your clothes?”

Francie glanced down at the suit she had bought for her first day. It was only the second time she had worn it. She decided to address the girl's remark the same way she had when Rafe used to get snarky with her.

“I like you.” Francie picked up half of the sandwich. “You remind me of when I was young and rude. What’s your name?” She took a bite of her lunch.

The girl blinked but then giggled. “All right. I deserved that.” She reached out her hand in a very formal gesture. “You can call me Rose.”