City of the Sun by Juliana Maio

Five Stars:
I thought this was a perfect blend of historical information with a perfect twist of suspense. I loved the message behind the story and it made me want to learn more about the history of this area.  I will be looking forward to more books by Ms Maio!
Juliana Maio's debut historical thriller, City of the Sun:

CITY OF THE SUN came out of my desire to learn about the Jews of Egypt and tell the world about them. It's very sad to me that this uniquely colorful and warm community has been completely extinguished and can never be duplicated again.

2.       What were you most surprised to learn in your research?
How impetuous the English were.  They really thought they owned the world and could just grab any territory that served them well.
3.       What is the main message you want readers to take away from your book?
That Arabs and Jews once upon a time lived together harmoniously and that hatred is a political message.
4.       Why do you think this story needed to be told?
Arabs under 50 nowadays (and that's most of the Arab world)  have no idea that Jews and Arabs lived together harmoniously in the past.
5.       What are you currently reading?
I am reading "All That Is" by James Salter.
6.       Who is an author you admire and why?
In fiction I like Michael Crichton. His writing is very cinematic. He is good with both detail and action.
7.       What else are you working on? What can we expect to read from you in the upcoming months?

I'm starting to do research for a possible sequel to CITY OFTHE SUN that would take place in 1956.  That year the Suez Canal Crisis changed forever the situation for the Jews in Egypt and for many of the other minorities living there. In America Ray Charles changed R&B forever and paved the way for Bob Dylan.
About the Author: 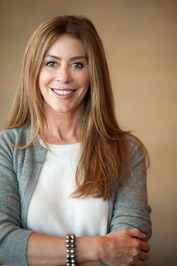 Juliana Maio was born in Egypt but expelled from the country with her family during the Suez Crisis. She was
raised in France and completed her higher education in the United States, receiving her B.A. from the University of California, Berkeley, and her Juris Doctor degree from UC Hastings. Juliana practices entertainment law in Los Angeles and has represented internationally renowned filmmakers.
She has spoken both domestically and abroad about the Arab Spring. She lives in Los Angeles with her husband, film producer Michael Phillips. They have a daughter. 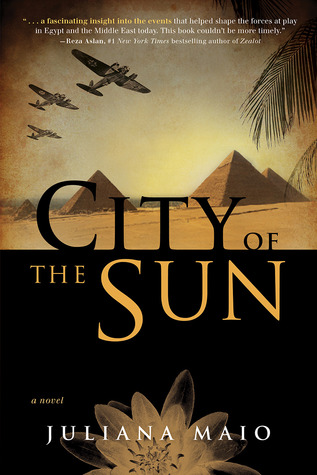