Through the Smoke by Brenda Novak

*I received a free ARC via Netgalley in exchange of an honest review*
First, I wanted to love this book. I have just read a contemporary by Brenda Kovak and I thought I was going to love this book. I did like, but not love it. I liked that the heroine and hero meet at the very beginning. I don't long and drawn out stories. I also thought that they had instant chemistry. Here comes the but... but... it fell flat in the middle.
We begin the story with Earl of Druridge-Truman receiving a letter from his wife-Lady Katherine explaining that she is pregnant, it is instantly obvious that child is not his because he has been away from his wife and she has a history of infidelity. There is a fire and she dies.
The story moves fast-forwards as Truman is trying to find out who set the fire and also who took paintings that belonged to his home. Rachel McTavishes becomes involved because her father is a prime suspect. Truman goes to Rachel's bookstore to question her about what she knows about the fire, and his wife's death. Rachel, although a poor village girl is well-read, very smart,strong and beautiful. She has no difficulty standing up to Truman. She does not like Truman because her father and mother think ill of him. He owns the mines where Rachel's father use to work before he is fired for drinking on the job. When the story begins her father is already dead and her mother follows.

Truman has a cousin- Wythe who plays the part of the villain even though he is the one to rescue Truman from the fire. He is a pretty straightforward bad guy although he is always working to gain his cousins trust.
Truman's life is complicated by the miners, who are also neighbors with Rachel. As her and Truman become involved they turn on her. This is where the story becomes very laborious for me. I've noticed that there were very few good-”guys” in this story. All the villages turn on Rachel because she becomes involved with Truman. She is left with no parents, no friends and a little brother to care for. Truman offers her a place to stay and she can not refuse after several times of trying to make it on her own.
Katherine’s family is threatening to hang Truman because they believe that he is responsible for the death of Katherine and his wife. A father of Truman offers up his protection and daughter in marriage. They are his only hope, that or figuring out who set the fire.
The whole premise of the story becomes Rachel and Truman trying to find out who set the fire, pushing misunderstandings behind them and Rachel going back and forth from Blackmoore Castle-Trumans home- and her old village.
Ultimately, all the pieces of the puzzle fall together and we find out who set the fire and why-neither were a big surprise.
Here are my concerns: although Rachel starts off strong she is ultimately relying on Truman for help. There are too many villains. The cover, although beautiful, does not represent the heroine -she is blond. Overall, this was an enjoyable historical romance but nothing that I would be interested in re-reading. If you like intrigue, mystery and who-dun-it this is the book for you. 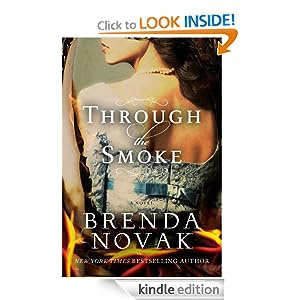