My Daylight Monsters by Sarah Dalton

This is a short but scary novella.  Ms. Dalton grabs you from the beginning of the story.  She is an expert in playing with realty vs. imagination.  I thought the cover was beautiful and represented Mary Hades.

The novella takes place in a Psychiatric hospital.  Mary is having visions.  The author does a great job of keeping the reader guessing, is Mary having a psychotic episode or is she having visions? Is it her imagination?

Mary is a very sweet character and the reader is able to understand and empathize with her frustration.  Everyone thinks that she is crazy and she feels crazy.  She can’t understand why she keeps seeing “zombie” like creatures walking around.   While in the Psychiatric hospital, she is in Magdalena ward.   I really liked how the author played with the names “Mary” “Hades” and “Magdalena”.

Mary meets a great group of characters in the psychiatric ward.  They all form some type of relationship and reflect some of the issues in the Psychiatric Hospital.  One special person is Lacey-Mary’s roommate.  She helps Mary deal with her time in the hospital. Lacey proves to be a hero and is very instrumental in Mary's life.

While Mary is at the hospital she has to come to terms with her visions as her life becomes in danger.  She has to learn to figure out who she can trust ( real or imagined).  Overall, this was really a great story.  It was scary and very cleverly written. There is a cliff-hanger feel so I'm confident we will see more to Mary's story. 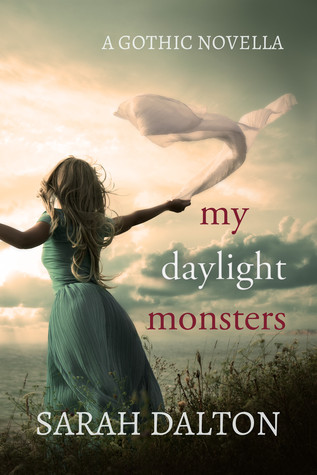