"a delicious bite of Southern seduction with chemistry that sizzles."
- Rebecca Yarros 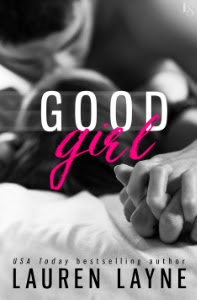 New York Times BESTSELLER • Lauren Layne brings all the unpredictable heat
of Blurred Lines to
an all-new cast of characters! Country music’s favorite good girl is hiding
away from the world—only to find herself bunking with a guy who makes her want
to be a little bad.

Jenny Dawson moved to Nashville to write music,
not get famous. But when her latest record goes double platinum, Jenny’s
suddenly one of the town’s biggest stars—and the center of a tabloid scandal
connecting her with a pop star she’s barely even met. With paparazzi tracking
her every move, Jenny flees to a remote mansion in Louisiana to write her next
album. The only hiccup is the unexpected presence of a brooding young caretaker
named Noah, whose foul mouth and snap judgments lead to constant bickering—and
serious heat.

Noah really should tell Jenny that he’s Preston
Noah Maxwell Walcott, the owner of the estate where the feisty country singer
has made her spoiled self at home. But the charade gives Noah a much-needed
break from his own troubles, and before long, their verbal sparring is
indistinguishable from foreplay. But as sizzling nights give way to quiet
pillow talk, Noah begins to realize that Jenny’s almost as complicated as he
is. To fit into each other’s lives, they’ll need the courage to face their
problems together—before the outside world catches up to them.

Lauren
Layne is the New York Times bestselling author
of more than a dozen romantic comedies. She lives in New York City with her
husband (who was her high school sweetheart--cute, right?!) and plus-sized
Pomeranian.

In
2011, she ditched her corporate career in Seattle to pursue a full-time writing
career in Manhattan, and never looked back.

In her
ideal world, every stiletto-wearing, Kate Spade wielding woman would carry a
Kindle stocked with Lauren Layne books.