The Sorceress and the Skull by Donald Michael Platt 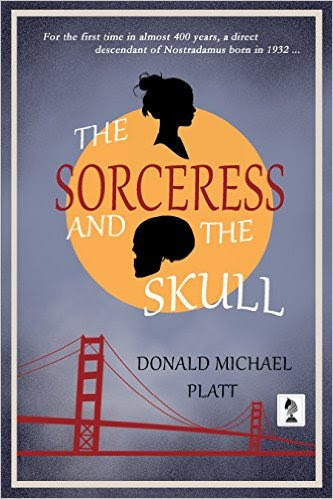 The Sorceress and the Skull by Donald Michael Platt

San Francisco 1946: A Confrontation of Sorcerers and Seers. For the first time in almost 400 years, Michele born in 1932, a direct descendant of Nostradamus, will have all his gifts of precognition and even greater powers, but they will not be fully manifested until after she enters puberty. More than one secret society has been obsessed with finding and controlling Michele, to learn from her where Nostradamus’ unpublished prophecies have been sequestered. Hidden since birth, protected by aliases, an aunt, and a gargoyle, Michele at age 13 has become a fugitive, fleeing across Europe and Canada before finally arriving in San Francisco. Around Michele deadly forces are closing in, but a new ally, Le Crâne, the Skull, has also appeared, coming to the aid of the young seer. Who will hold claim to Michele’s powers and at what price to her? And who will succeed in acquiring the hidden secrets of Nostradamus?

My Review:
Three Stars
Copy received from Historical Fiction Virtual Book Tours
"The Sorceress and the Skull" by Donald Michael Platt was a different read than I am use to.  I try to stay away from "dark" text but I thought that although the novella is on the edgy side of dark fantasy it was also very intriguing.  Michele who is a descent of Nostradamus.  Michele's life is in danger because of her family connections and because of her own special powers. Michele has the protection of her family but that does not stop the dark forces from trying to find her, especially as she grows into adulthood.  The story consists of Michele's family trying to protect her and the dark forces trying to catch her.  Overall this was a fun story to read and it was a great testament to Platt as a creative and engaging author. 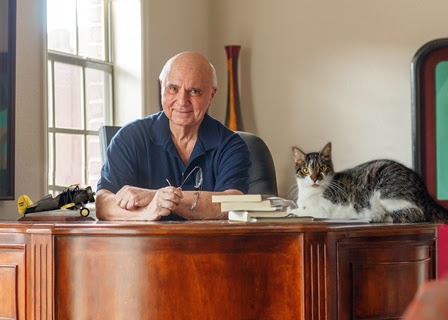 Donald Michael Platt is an award wining author of five published novels: "Rocamora,"an International Book Awards Finalist, and its sequel "House of Rocamora" set in 17th century Spain and Amsterdam during their Golden Ages. "Close to the Sun," a WWII novel about USAAF and Luftwaffe fighter aces has garnered three Indie Book Award Finalist Awards. The Historical Novel Society named his novel "Bodo the Apostate" an Editor's Choice title, calling it "a masterfully-controlled narrative" of the Carolingian Empire. "A Gathering of Vultures," a contemporary horror novel set in Florianópolis, Brazil, was also selected as an Indie Book Award Finalist in Horror.

Donald and his wife Ellen currently reside in Winter Haven Florida along with his cat, Bodo, a loquacious tyrant.

Friday, April 29
Spotlight at Passages to the Past