*ARC received for an honest review
original post at ramblingsfromthischick.blogspot.com

“Love’s Revenge” by Joan Avery was very different from most of the historical romance stories I have read. First, it takes place in the U.S. and not England. Also, the hero and heroine are not a part of rich and elite society. I found this story to be very unique in many different aspects. The author really included many different historical elements such as the conflict with the Indians as expansion in the U.S occurred. There were also the details about the wild frontier that, I thought, fit perfectly with the story.

Kate Barker is an heiress. She is very dedicated to her nephew. After her sister’s death she became his guardian. One night at a ball she meets a very mysterious English Viscount-Stephen Worth. They are instantly drawn to each other but there is an uneasy feeling that surrounds their meeting. I have to say that the beginning was the only part that I didn’t think flowed. After their meeting Stephen is immediately angry with Kate. Ok, this is where I was very lost.

First, I loved Stephen. He was very ahead of English society and played by his own rules. He suffered many trials and near death experiences. He was handed many unfair situations. BUT. And this is a big BUT. Kate really did nothing wrong to him, personally. In fact, before she discovers that he is her nephews father (in other words, her dead sister’s husband) she confides in him how much she loves her nephew and how devoted she is to him. I would think that maybe he would be grateful to her for this instead of angry. As can be imagined, Kate begins to “hate” Stephen once she discovered that he is her sister’s thought-to-be-dead husband. They begin to fight over her nephew until they come to an agreement. This was my second issue. She is in love with her dead sister’s husband.

Putting these issues aside, Stephen and Kate travel across the frontier U.S. They soon learn that this is very dangerous and they stumble across many life threatening situations. As they begin to get to know each other, they realize how they let misconceptions and misdirected revenge get the better of them. As they begin to accept each other and their present predicaments they are hunted by the past. The issue remains that they have to discuss just how her sister died? Where was Stephen all this time? The answers are not pleasant and they have to find out if they can or want to look into their pasts and try to build a future. This is definitely a story worth reading! 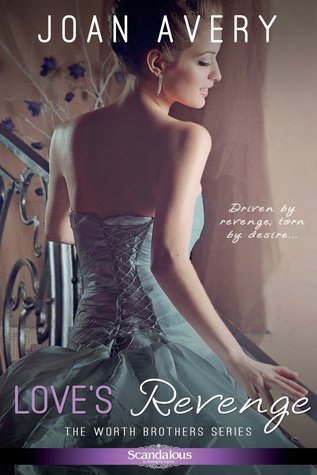