The Dating Dare A Novel by Jayci Lee 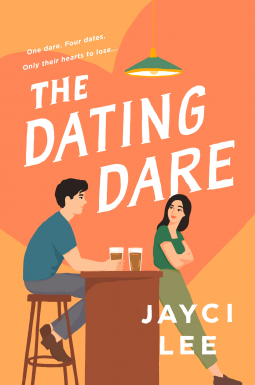 Tara Park doesn’t do serious relationships. Neither does she hop into bed with virtual strangers. Especially when that particular stranger is her best friend’s new brother-in-law. It isn’t an easy decision, though. Seth Kim is temptation personified. His unreasonably handsome looks and charming personality makes him easy on the eyes and good for her ego.When a friendly game of Truth or Dare leads to an uncomplicated four-date arrangement with Seth, Tara can’t say she minds. But their dates, while sweet and sexy, have a tendency to hit roadblocks. Thankfully, their non-dates and chance meetings get frequent and heated.Seth is leaving for a new job in Paris in a month and a no-strings attached fling seemed like a nice little distraction for both… But soon Seth realizes that Tara Park doesn’t come in a “nice & little” package--she’s funny and bold, sweet and sexy, and everything he ever wanted and never expected to find. Neither of them are ready for something serious and both have past relationship baggage they’ve been ignoring, but with a shot at forever on the line will they follow their hearts and take a chance on happily-ever-after?
- August 03, 2021