Man Down by Kate Meader

First time on sale! MAN DOWN, a standalone sports romance from Kate Meader is 99¢ for this week only.

I’ve been texting the wife I lost, the woman I loved beyond measure . . . Now someone else has answered back.
àKindle: https://amzn.to/2QcKtyuàNook: https://bit.ly/3xK6wjCàApple Books: https://apple.co/2qlIwVUàKobo: https://bit.ly/3uftsVLàGoogle Play: https://bit.ly/2B9x3OG
Gunnar Bond is broken.
Three years ago, he lived through the car crash that took his wife and twins away from him—though “lived” barely describes his current state. Giving up professional hockey, going off grid, and drinking himself into oblivion are his coping mechanisms. Another is texting his dead wife about his days without her. Therapeutic? Doubtful. Crazy? Definitely. But those messages into the ether are virtually the only thing stopping him from spiraling to even darker places.
Until someone texts back . . . Sadie Yates is losing it.
Suddenly guardian to a little sister she doesn’t know and a misbehaving hound she’d rather not know at all, she’s had to upend her (sort of) glamorous life in LA and move back to Chicago. The nanny has quit, the money’s running out, and her job is on the line. The last thing she needs is her sister’s hockey camp counselor, a judgmental Viking type, telling her she sucks at this parenting lark. Thank the goddess for her sweet, sensitive, and—fingers crossed—sexy text buddy who always knows the right thing to say. In the same city at last, they can finally see if their online chemistry is mirrored in real life. She just needs to set up a meeting …
A ruined man who claims to have used up all his love is surely a bad bet, but Sadie’s never been afraid of a challenge … even one that might shatter her heart into a million pieces. 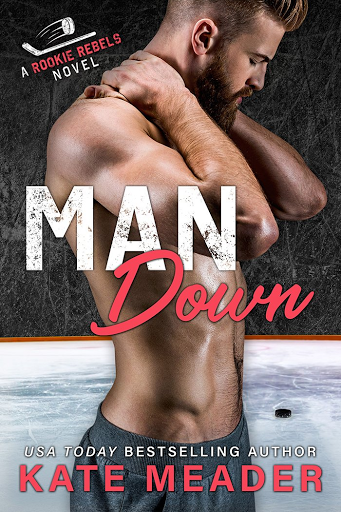