One pragmatic industrialist is about to learn
that a man may make his own destiny,
but love is a matter of fortune . . . 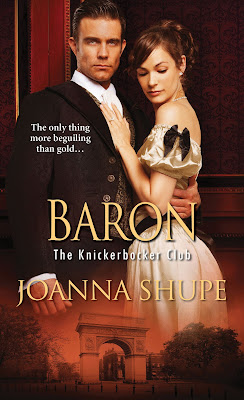 New York
City’s Gilded Age shines as bright as the power-wielding men of the
Knickerbocker Club. And one pragmatic industrialist is about to learn that a
man may make his own destiny, but love is a matter of fortune . . .

Born into one of New York’s most
respected families, William Sloane is a railroad baron who has all the right
friends in all the right places. But no matter how much success he achieves, he
always wants more. Having secured his place atop the city’s highest echelons of
society, he’s now setting his sights on a political run. Nothing can distract
him from his next pursuit—except, perhaps, the enchanting con artist he never
saw coming . . .

Ava Jones has eked out a living the
only way she knows how. As “Madame Zolikoff,” she hoodwinks gullible audiences
into believing she can communicate with the spirit world. But her carefully
crafted persona is nearly destroyed when Will Sloane walks into her life—and
lays bare her latest scheme. The charlatan is certain she can seduce the
handsome millionaire into keeping her secret and using her skills for his
campaign—unless he’s the one who’s already put a spell on her . . .


Five Stars
“Baron” the second book in the “Knickerbocker Club” series is what romance novel dreams are made of! I’ve just recently started to read Joanna Shupe and have really enjoyed her novels. The first book in the series “Magnate” was so good I have been counting down to Baron. I can honestly say I had so many expectations for this book and Shupe surpassed them all.  Set in the Gilded Age in New York City, Shupe really brings the historical time period to life.

William Sloane is such an arrogant snob that it was delicious to see him brought to his knees by Ava. William is the stodgy older brother we meet in “ Magnate.” He was born into a rich family, manages a very profitable railroad, all of New York City societies doors are lined with gold for him.  His next step is the political life. He is ready to become a politician and has decided to stop at nothing and definitely doesn’t plan to let a little nobody like Madame  Zolikoff get in his way.  The opening scene was so good! I loved the tension between William and Ava / Madame Zolikoff even before they met!  When they did finally meet, sparks flew.  Ava was just the right character to ruffle William’s feathers!

Ava is the exact opposite of Will. She is struggling to keep a roof over her family’s head.  She adopted the Madame Zolikoff persona so that she could move her siblings out of the city. When Will’s running mate starts to consult her for fortune telling Will is concerned that if word gets out their campaign will be ruined.  Will tries to buy her off, intimidate her and convincer her to leave John Bennett alone.  Ava refuses to be managed or bullied by Will and even when he tries to pay her off, she refuses to budge.  Ava has encountered a lot of obstacles in her life and she is not about to let “railroad man” William Sloan get the best of her!  She refuses to back down and meets his threats head on!  The scenes with William and Ava are always filled with passion and humor.  I really loved Ava! She is determined to help her siblings make a better life. Although mere children, they are forced to work in factories and under very bad conditions. Ava is a fraud. She is presenting herself as a fortune teller and is very successful. She is also very exposed because her name is very popular and this leads to many difficult predicaments for her.  Shupe really brings the time period to life.  It was interesting to read about the notorious corruption at Tammy Hall.  There were so many scenes I loved in this book. One of my all-time favorites was when William reads Ava’s fortune. This scene was a perfect mixture of their tension and tenderness. There were so many witty lines and sweet moments, I could re-read this book over and over! Definitely one of my favorite reads for this year.  Now the countdown continues to “Mogul.” Calvin’s story sounds intriguing and I can’t wait to see how the author brings together him and Lillian. 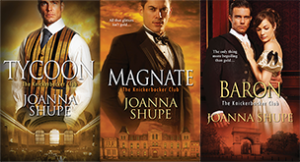 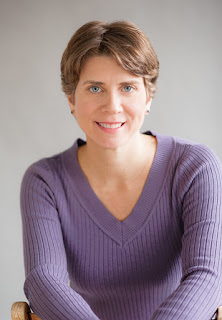 Award-winning author JOANNA SHUPE has always loved history, ever since
she saw her first Schoolhouse Rock cartoon. While in college, Joanna read every
romance she could get her hands on and soon started crafting her own racy
historical novels. She now lives in New Jersey with her two spirited daughters
and dashing husband.