Thank you, Book Nerd for allowing me to drop by for a visit! I’m Mary Hart Perry (although I also go by Kathryn Johnson when I’m not writing historical fiction). Having just launched the third novel in my trilogy of romantic Victorian thrillers, I've been thinking a lot about what these books have in common. Obviously each title has the word ‘princess’ in it. (The Wild Princess, Seducing the Princess, and now The Shadow Princess). And the stories are set within the Victorian era—that is, during the reign of Queen Victoria of England. Also, each story focuses on one of the queen’s five daughters, using real historic details blended with an imaginary adventure. Sound like fun?
This is the kind of fiction that never fails to draw me in as a reader, and I love writing it. I enjoy learning about real people and imagining how it might have been to actually get to know them when they were alive. And because I feel such sympathy toward them, I sometimes give them the gift of an adventure in a book. Although Queen Victoria’s children were born into a royal family and a life of privilege, their lives were still challenging. And they often faced turmoil and tragedy, just as we sometimes do today in our own lives. Don’t they deserve a little fun? Maybe even a little romance?
For instance, take Victoria’s eldest daughter, Vicky, who is the subject of The Shadow Princess. In 1888 her husband, the German Kaiser, died of cancer. As if things couldn’t get any worse, she loses her adopted kingdom to her son, who is madly plotting war to add territory to his kingdom through war, if necessary. One can only imagine how helpless she felt during that horrendous year.
And so I've given her a special adventure to break her out of her grief. It actually happens that Jack the Ripper, the notorious serial killer of London prostitutes, is on the rampage during this very same year. And one of Queen Victoria's grandsons has been accused of being the Ripper. Vicky knows that unless someone clears the family’s name soon, the scandal may destroy her mother. And so in The Shadow Princess, Vicky is called home to London to help her family. And there she meets dashing Detective Inspector Edmonson, who enables her to rise above her own troubles as they search together for the Ripper, and maybe even fall in love.
I hope you’ll let me know what you think of The Shadow Princess, if you get a chance to read it. You can reach me here: Mary@MaryHartPerry.com, or find me on Facebook or on Goodreads. Your friend, Mary 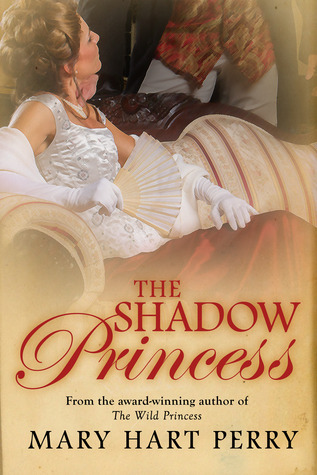