Leopold d’Ermant, the Duc de Mont-Marly or Leo, gives new meaning to redemption.  Although a real jerk seven years ago he has finally come to his senses.  Suzanne and Leo grew up together, they were childhood friends.  As they grew so did their feelings for each other.  Suzanne’s father is the family physician and Suzanne grows attached to the family.  Leo and Suzanne can’t hide their feelings for each other and take their relationship to the next level.  He makes her promises that he knows he will not keep, he knows that Suzanne wants to be married.  Leo is already promised, through an arranged marriage to someone else.  Leo however, never tells Suzanne.   Suzanne disgraced and heartbroken leaves the home she always knew as her own-Montbrison, with her father.  Leo goes on to marry his promised finaceé.
When the novella begins it seven years later.  Suzanne has become a very talented physician/ elixir mixer of sorts.  She is very talented and has followed in her father’s footsteps.  She is working at her little shop when she receives a note from Leopold.  Upon receiving the note Suzanne tells Leopold what he can do with his note and his request.  So how can such a jerk find redemption?  With Ms. DiPasqua’s talent Leo redeems himself.  After seven years he realizes that he can no longer live without Suzanne but he also realizes that what he did was unforgivable and he has to find a way to convince her of his regret. Most importantly, he has to convince her that he loves her and that he deserves a second chance.
I really enjoyed this novella.  Ms. DiPasqua was so engaging.  The story read like a fairy tale with some very detailed “rekindling” between Suzanne and Leo.  Suzanne was a great heroine.  She was determined to not give into Leo and she really made him prove himself.  She was witty and entertaining to read.  Suzanne is no longer the innocent and vulnerable young women she was and she is ready to stand up for herself.  Our hero was an equally entertaining character.  He was truly sorry for his past and made sure to show Suzanne with not only his words but his very sincere actions.  Midway through the story they return to Montbrison and they share very detailed and steamy acquaintances.  Can these two finally find their happily ever after?  The story does not disappoint.  I found the novella to be fun, romantic and worth the read.  The writing was engaging and the story flowed.  Great and fun novella! 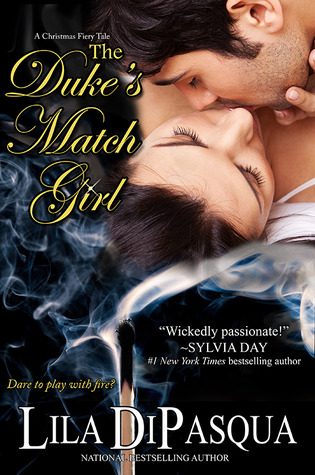