"ARC received for an honest review"
Three Stars
Two Week Seduction by Kathy Lyons was a fun and light read.  This is what I would call beachside reading.  It’s the perfect book to escape to by the beach.  The story is light and fun and so are the characters.  I was really interested in this book because of the plot.  Alea Heling and Tech Sergeant John O’Donnell seemed to have unfinished business between them and I wanted to find out how they resolved their issues.
Alea always had a crush on her brother’s friend, John.  When she decided to act on her attraction he walked away from her.  Alea was never able to get over the rejection.  When John comes home to help out his widowed mom she sees it as an opportunity to have a second chance with John.
John was a great character. He was a little short fused but he really was a good guy.  He had a tough childhood with his father who was abusive and an alcoholic.  When John left to enlist in the services he and his father argued.  That was the last time he saw his father alive.  Now he is back to his home town but he is not happy with all the memories that come back.  These memories include Alea.  He is attracted to Alea but out of loyalty to his friend he knows that he can’t act on his feelings for her.  He knows that he is only home temporarily and then he will be back to his base.
Usually when I read a romance novel I either like both main characters or I like the heroine more but with this book I really liked John.  He was an honorable and good guy.  He has his ghost to deal with and his temper but he is healing form his past.  Alea was a harder character to understand.  One minute she is dressed as a librarian and the next she is wearing thigh-high boots and playing pool in a bar with a group of men.  She is a teacher but has applied to law school and received acceptance.  She also has an alter ego that she lets lose once in a while.  I think I would have liked her more if she stayed within one character.  At the beginning she is helping John’s mother with his welcome home party the next she is deciding how to seduce him.


Overall, this was a fun and light read.  Both characters had great chemistry and they were enjoyable.  They were well matched because Alea knew how to handle herself and John as well.  I recommend this story if you’re looking for a fun couple who are trying to play a game of cat and mouse, although it’s never clear just who the mouse is! Fun read! 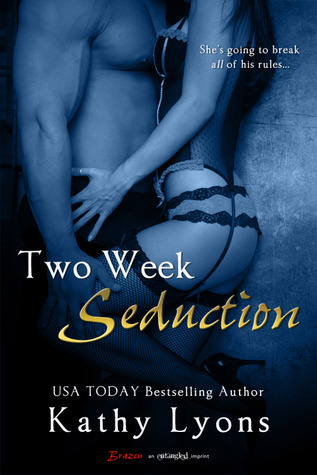