Deadly Chemistry ( Sex, Lies, and Science Geeks #1) by Teri Anne Stanley was a fun, light, suspenseful and romantic read.  Stanley delivered a story that was enjoyable and suspenseful at the same time.  The hero and the heroine were complete opposites but they definitely attracted!  The author provided great main characters and also supporting characters.
Mike Gibson is in a tough situation.  He is working as a maintenance worker because of a set-up he was a part of when he was a cop.  But although Mike is working as a maintenance worker he still has his eye set on taking down the man that ruined his career.  Mike is also a very hardworking guy.  He has a very special relationship with his brothers.  I really loved this aspect of the story it really added to his already strong character.  While Mike is working at the university he meets Laura.  Laura is a scientist and working on very important experiments.  She is in the process of creating a new drug.
Mike and Laura are night and day.  He is a tough, confident, no-holds bar tough cop.  She is a nervous, self-conscious and very awkward scientist.  When Laura fears that she is in trouble and that she needs protection she goes to Mike for help.  Although I really like Laura I felt like there were some aspects of the story that just didn’t click. One aspect is that although she works with the brothers she doesn’t realize that they are related.  Laura is very “geeky” but sometimes it borders on irritating.  The qualities that made her endearing were also sometimes too much.  Also, most of the issues that she has with her relationship with Mike are really self-inflicted.  Most of the issues are things that she is insecure about.


The suspenseful part of the story was fun.  Once Mike is aware of the danger going on at the university he uses his undercover cop skills to trace down who is trying to steal the drugs and who is responsible for all the deaths as a result of a deadly drug that infiltrates the streets.  The suspense really pushed the story along and I think also helped make the romance more believable.  Overall, this was a fun and light story. It’s perfect for relaxing and laughing.  Lauren is a funny character and her relationship with Mike was enjoyable.  I’m looking forward to his brothers and their stories! 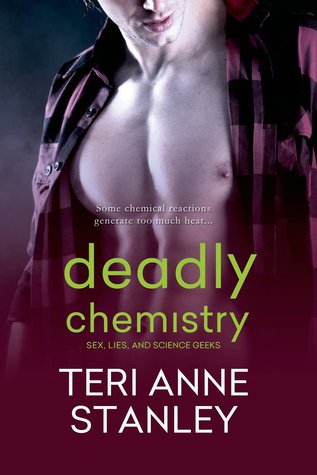