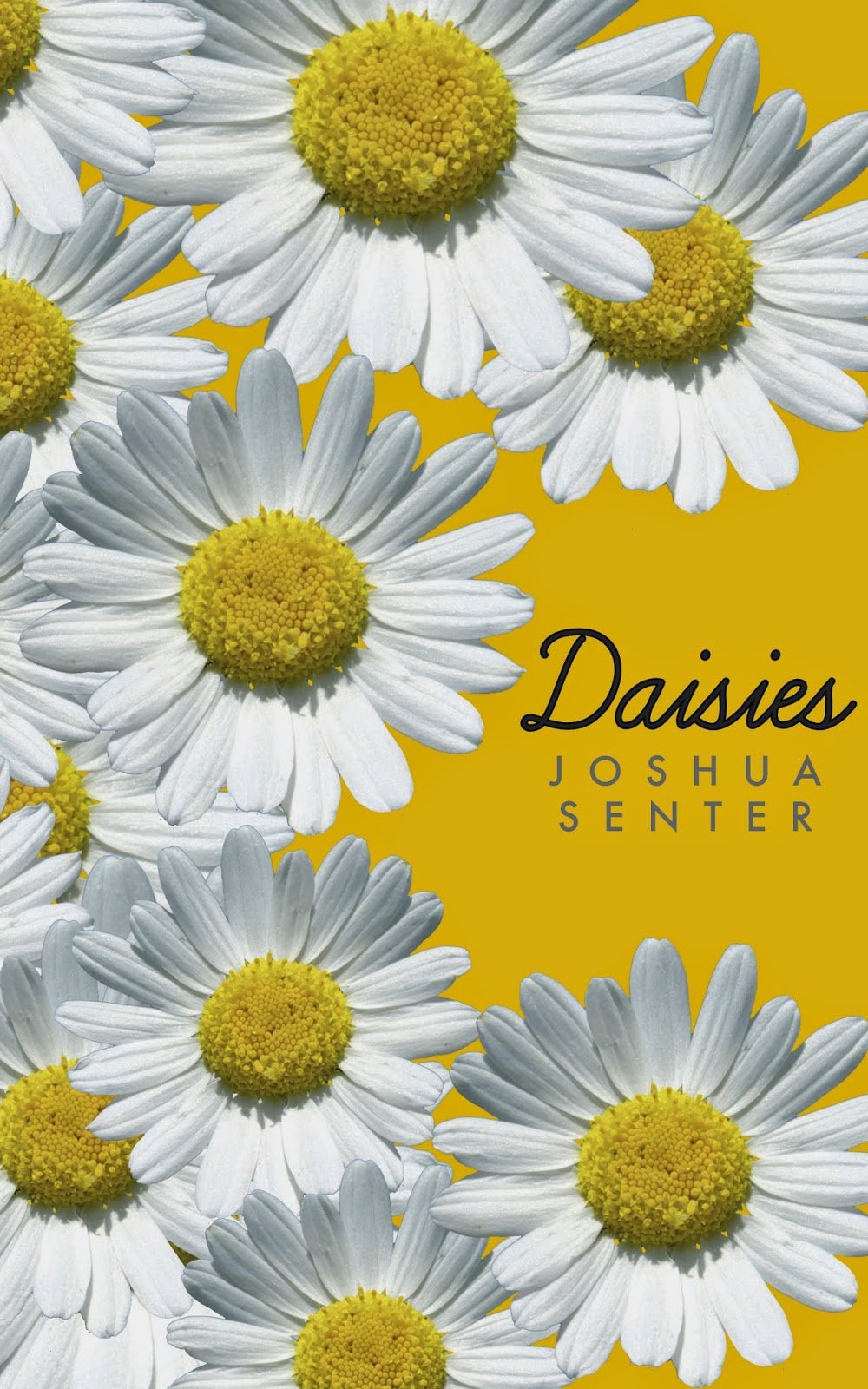 BOOK DESCRIPTION
Love is a lesson learned over lifetimes.

Spanning three generations, Daisies is a stirring debut novel from a singular talent. In 1954, awkward Gwen Hisel falls in love with the affable Willie Bennett on the dusty Oklahoma prairie. What follows is a harsh life for the two youngsters as they struggle to make the best of their difficult circumstances.

Twenty years later, Sheila Hisel, daughter of Gwen and Willie, marries Darrel McAllister. But while her parents’ love for one another had seen them through tribulation and adversity, Sheila’s own marriage crumbles under the strain of hard times.

Now, if Sheila’s son, Lonnie, ever wants to succeed in love, he must unravel the mysteries of two very different relationships to discover the secret to true happiness.


Just Be
By Joshua Senter

I recently took a trip up to Ojai, California. It was a friend’s birthday, and he’d rented some insanely beautiful ranch house for a group of his nearest and dearest to celebrate with him for the weekend. And it was a celebration. Food, drinks, conversation, and fun flowed like we had found a real life Shangri-La. It was one of those weekends you don’t realize until later you’ll never forget simply because when you’re there, you’re too caught up in the glory of the moments. And there were plenty of wonderful moments: laughter over the dinner table, playing Uno around the outdoor fireplace, hide and go seek under the light of the full moon. And then there was a moment that stopped me in my tracks, and I guarantee no one else from the weekend would even be able to remember it happened. But, it did. Three words were spoken to me, and in a way they were more beautiful than all the “I love you’s” I’ve been lucky enough to hear over the course of my life.

It was late on Saturday afternoon. The sun was setting and everyone had woken up from various states of napping to jump in the pool and begin a game of volleyball. What really happened though was not so much volleyball as a dozen gay guys deciding to splash around like children in the water, making the most gigantic waves I’ve ever seen produced in a cement pond. And the more waves that were made, the more people jumped in until everybody was bobbing around laughing like crazy. Well, everyone except for me. There was no particular reason why I didn’t want to get in the pool and participate. I guess I was just so content and relaxed, and thoroughly enjoying watching the shenanigans from my dry vantage point that I stayed where I was. Soon enough, however, everyone realized I was the only guy not wet, and they began pestering me to join them. Well, I didn’t budge, laughing off their entreaties, until finally the birthday boy pulled the “do it for my birthday” card. So, I got up and headed for the pool. And that’s when I heard the three words I never quite realized the stunning beauty of until that moment. One of my buddies yelled at me above everyone else quite matter of factly. He said, “Josh, just be yourself.” Maybe it was the way he said it with such conviction that caused the words to land with such impact. He definitely wasn’t kidding. He was telling me if I didn’t want to get in the pool, not to worry about it. “Just be yourself,” he repeated.

The way I grew up, there wasn’t a lot of wiggle room to branch out and be different than all the other guys around me. I was raised on a farm in the middle of the Ozark Mountains where men drove trucks and wore cowboy boots. They drank beer, listened to country music, and got married to their childhood sweethearts as soon as they graduated high school. And I’m not saying there’s anything wrong with any of that. In fact, I find that sort of life quite romantic. The problem is, I was expected to fit my life into that framework, as well. And for starters my childhood sweetheart was a guy, which was totally out of the norm and wildly unacceptable being as I was a guy myself. So, it was apparent to me early on that the expectations placed on me were not going to pan out exactly as those around me might have wanted.

For the longest time I did the best I could to fake it, however, knowing that when I graduated high school and made the move to California to study filmmaking at Art Center College of Design, I’d finally be able to embrace the true self I’d been hiding. Unfortunately, if I thought the Midwest was tough, LA was even more difficult. If I wanted to be a filmmaker, I was expected to like indie films, not blockbusters. And if I wanted to run with the “cool” crowd, my Supercuts hairstyle and Payless Shoes were not gonna cut it. It was the same in every click; be like us or we don’t like you. And for the longest time, I did a pretty good job of keeping up with all the demands of all the different people surrounding me. And I will say that experiencing all of different boxes people put themselves into, I learned a lot. But, I will also say I began to realize the best moments of my life were the out of the box moments. In particular, when I decided to become a writer, I realized that my best and most admired work didn’t follow the path someone else laid down, it created a path all its own.

Then, of course, there were my romantic relationships. People say because there are two individuals in every relationship, there are two people responsible when a relationship doesn’t work out. But after having gone through a few different relationships over the last fifteen years, I can assure you this isn’t the case. In every relationship I’ve had, I can look back and clearly see where I was the one who sent the relationship into a death spiral or the other party was. Oh, my god! In my first few relationships, I was awful. I don’t even know how those men who loved me, did it. I cheated. I lied. I broke up with them or threatened to break up with them just get my own way. I pushed their buttons to see just how far I could go before they stopped loving me. I think back on the way I behaved in those years of my life, and I am appalled at myself. Then, I think about the relationships I’ve gone through more recently, and I know without a doubt, there isn’t anything I could do to change the outcome. Because of my past, I’ve learned to be loving, committed, honest, and communicative. And as much as I would like to blame myself for things ending, I can’t. The only thing I could have done differently was to not be myself, to look the other way in face of deplorable behavior or pretend it wasn’t a big deal when it was. And that’s just not me.

I’ve begun to realize the same thing in business, too. For the longest time, I thought I needed everyone to like me. I thought if someone didn’t like who I was or what I was saying or doing, that was bad. But, as I’ve grown older and matured, the realization that some percentage of the world is never going to like me has become okay. And the fact is, if someone wants to like you, they’re going to. Even if you say something accidentally offensive or insulting, they’ll brush it off because they want to like you. And then there are the people who are going to jump on any little thing you do and find fault with it. If they don’t want to like you, it wouldn’t matter if you were perfection incarnate, they’re going to take issue with something, anything to make you a bad guy. And that brings me back to Saturday afternoon a couple weeks ago when my buddy told me, “Just be yourself.”

Whether we’re talking romance or career or friendships, when you break free of everyone else’s expectations, it can be terrifying. But when you realize that you don’t want to associate with people who don’t like the real you anyway, you are taken to a whole new level of existence that in actuality is what life is all about. As long as it’s not cruel or unkind, the big secret that the majority of this world doesn’t seem to get is that being different makes you king. So like my buddy, I say: “Just be yourself!” And the only thing greater than achieving that is when you learn to love others for being who they are, as well. 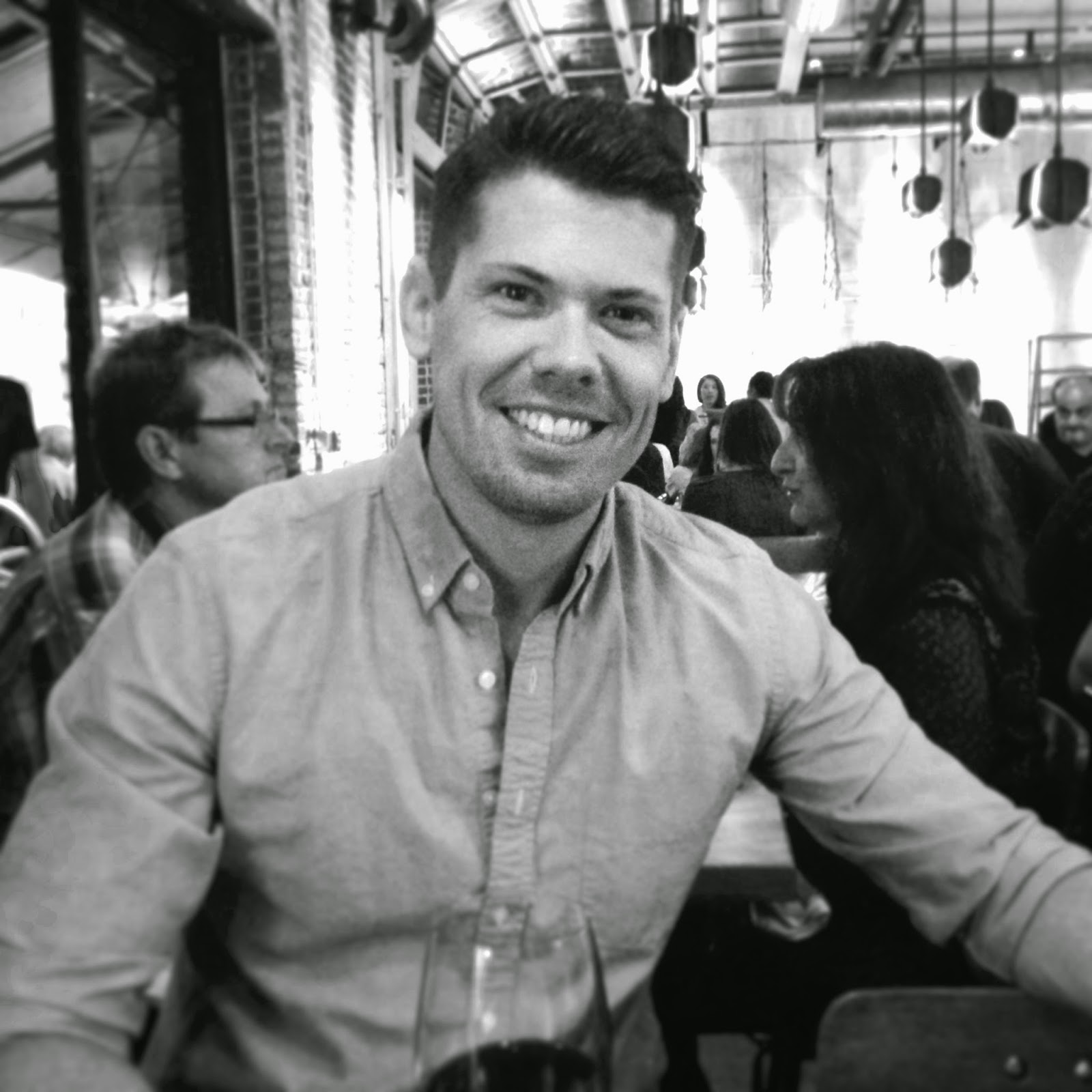 Joshua Senter was raised in the Ozark Mountains where he was homeschooled along with his four sisters on a five hundred acre farm. He moved to Los Angeles in August 1997 to pursue a degree in filmmaking from Art Center College of Design. In 2002 he started writing for the hit Showtime series The L Word. A year later, he joined the international phenomenon, Desperate Housewives, where he was nominated for a Writer’s Guild of America award for his episode, Don’t Look at Me. In 2013 Joshua began writing and co-producing a new show for ABC Family, Chasing Life, which will begin airing in 2014.
Daisies, is Joshua’s debut novel.