The Danger In Tempting An Earl At The Kingsborough Ball By: Sophie Barnes

The Danger In Tempting An Earl
At The Kingsborough Ball
By: Sophie Barnes
Releasing July 29th, 2014
Avon Romance

Blurb
Lucien Marvaine never thought he was good enough for Katherine. As the younger son of an earl, he didn’t have a title or prospects. Then fate steps in and gives him a second chance, and this new Earl of Roxbury is determined to make the beautiful Kate his own . . . one touch . . . one kiss at a time.
Katherine never thought of herself as a temptress, certainly not with Lucien. Why, she’s known him almost all her life! Yet as she waltzes in Lucien’s arms at the Kingsborough Ball, she can’t help but be drawn to him. Has he always been this hard and masculine? And where did those dimples come from? Kate is not looking for a husband . . . but how can she not surrender to Lucien’s charms when love is at stake? 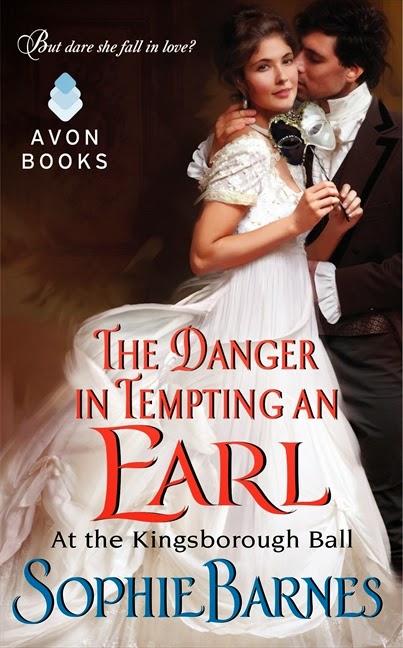 Excerpt:
Katherine winced. She liked Lady Deerford and was terribly sad for her, especially now that she too was a mother. It was heart wrenching for her to imagine the pain of having your child snatched away from you and of not knowing what had become of them, as was the case for the Deerfords whose daughter had been kidnapped twenty years earlier. Still, the thought of shopping for dolls with the lady… “I never said that I was looking for a doll for Sophia,” she said, frowning at Lucien. “You didn’t?” he asked, looking properly confused. His eyes brightened a second later and he smiled at her broadly. “Well, then I suppose I must have made a mistake.” Katherine’s eyes narrowed. “A mistake that’s about to get the better of you since you have recently offered to take me shopping. We shall accompany Lady Deerford together at the first available opportunity.” To her satisfaction, Lucien’s mouth dropped. A snicker brought her attention over to Louise who was looking terribly amused. “Heavens,” she croaked in an attempt to contain her laughter. “For a ‘couple’ who’s not a ‘couple’, you’re certainly having the most delightful quarrel.” Katherine bit her lip while a slow dread slipped along her limbs. If there was one subject she did not need her friend to broach at the moment it was the one they had recently been discussing. Thankfully, Lucien appeared to have taken no heed of Louise’s blatant remark and surprised Katherine instead by saying, “All talk of the lovely Lady Deerford aside, I was wondering if you would do me the honor of partnering with me for the next set.” Tilting her head, Katherine studied him for a moment. Ordinarily, his question shouldn’t have given her pause, except that in all the years she’d known him, he’d never once asked her to 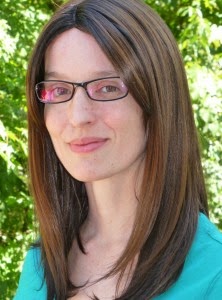 Born in Denmark, Sophie Barnes spent her youth traveling with her parents to wonderful places all around the world. She's lived in five different countries, on three different continents, and speaks Danish, English, French, Spanish, and Romanian. But, most impressive of all, she's been married to the same man three times—in three different countries and in three different dresses.
When she's not busy dreaming up her next romance novel, Sophie enjoys spending time with her family, swimming, cooking, gardening, watching romantic comedies and, of course, reading.