To Marry a Scottish Laird An English Bride in Scottland #2 By: Lynsay Sands

To Marry a Scottish Laird
An English Bride in Scottland #2
By: Lynsay Sands
Releasing June 24th, 2014 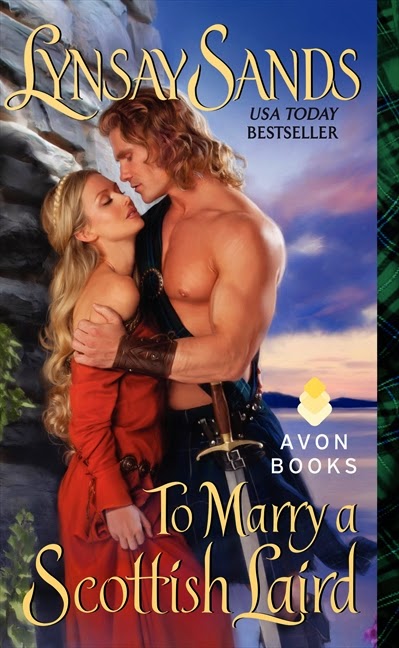 My Review:
Three Stars
Copy received from Tasty Book Tours for an honest review
I enjoyed this story by Lynsay Sands.  I've always wanted to read her but for some reason never got a chance to.  The characters were interesting. Both Campbell and Joan were likeable main characters.  I thought it was creative to see how they met and how they got to know each other.  I thought that the author really did a great job of including some big secrets in the story that were really unexpected.  Overall, I enjoyed the story and plan to read more by Sands.  I thought her writing style was engaging and her story very creative. It's easy to see why she has been around for so long as an accomplished author!

Highlander Campbell Sinclair is no stranger to battle, so when he sees a lad attacked by bandits, he jumps into the fray. He didn't count on being stabbed. Grateful to the boy for nursing him back to health, Cam offers to accompany Jo safely to his destination. But when he accidentally comes across the lad bathing in the river, Cam discovers that Jo is actually Joan . . . with the most sinful of curves.

Joan promised her mother that she would deliver a scroll to the clan MacKay. But traveling alone is dangerous, even disguised as a boy. When a Scottish warrior lends his aid, she is more than relieved . . . until he surprises her with lingering kisses and caresses that prove her disguise hasn't fooled him. As their passion ignites, will the secrets of the scroll force a wedding . . . and lead to a love she's never known? 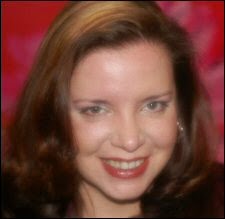 Lynsay Sands is the nationally bestselling author of the Argeneau/Rogue Hunter vampire series, as well as numerous historicals and anthologies. She’s been writing stories since grade school and considers herself incredibly lucky to be able to make a career out of it. Her hope is that readers can get away from their everyday stress through her stories, and if there are occasional uncontrollable fits of laughter, that’s just a big bonus.
Author Links
http://www.lynsaysands.net/
https://www.facebook.com/pages/Lynsay-Sands/125138040836322
https://twitter.com/LynsaySands
http://avonromance.com/author/lynsay-sands

Excerpt:
Cam heard the trouble on the trail ahead before he saw it. The screams made him instinctively slow his horse as he rounded the bend, but when he saw a young boy being held by the scruff of his shirt and beaten by a big bull of a man, Cam reached for his sword and spurred his horse to move faster. A heartbeat later he’d reached the pair.
The thud of his boots hitting the ground made the assailant glance around, just in time to see Cam’s sword hilt before it slammed into the big oaf’s head. The fellow went down like a stone, unfortunately falling on the boy and landing with enough weight to bring a grunt of pain from the almost insensate lad.
Wincing in sympathy, Campbell used his booted foot to roll the villain off the boy. The moment the man’s weight was removed, the lad opened his swollen and blackening eyes and squinted up uncertainly.
“Yer safe,” Cam said and bent to offer him a hand up.
Instead of taking it, though, the lad glanced past him, swollen eyes widening slightly with horror. Cam instinctively started to straighten, but a blow to his lower back made him stagger. He managed to avoid trampling the lad and regained his footing after a couple of steps, then whirled to confront his assailant.
Assailants, Cam corrected himself grimly as he took note of the three men he now faced. They all had dirty faces and wore ragged clothes. None were as big as the man he’d knocked out, but they were not small either, and each had a different weapon. The bald man on the left held a club, the one with long dark hair on the right held a rusty old sword, and the ginger-haired one in the middle held a knife that was presently dripping with blood.
His blood, Cam realized even as he felt warm liquid begin to trickle down his lower back and leg. He hadn’t been punched in the back, he’d been stabbed.