Flask of the Drunken Master by Susan Spann 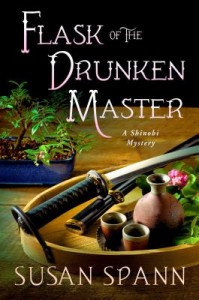 About Flask of the Drunken Master

Series: Shinobi Mysteries (Book 3)
Hardcover: 304 pages
Publisher: Minotaur Books (July 14, 2015)
August 1565: When a rival artisan turns up dead outside Ginjiro’s brewery, and all the evidence implicates the brewer, master ninja Hiro Hattori and Portuguese Jesuit Father Mateo must find the killer before the magistrate executes Ginjiro and seizes the brewery, leaving his wife and daughter destitute. A missing merchant, a vicious debt collector, and a female moneylender join Ginjiro and the victim’s spendthrift son on the suspect list. But with Kyoto on alert in the wake of the shogun’s recent death, a rival shinobi on the prowl, and samurai threatening Hiro and Father Mateo at every turn, Ginjiro’s life is not the only one in danger.
Will Hiro and Father Mateo unravel the clues in time to save Ginjiro’s life, or will the shadows gathering over Kyoto consume the detectives as well as the brewer?
Flask of the Drunken Master is the latest entry in Susan Spann’s thrilling 16th century Japanese mystery series, featuring ninja detective Hiro Hattori and Jesuit Father Mateo.

My Review:
Five Stars
Copy received from TLC Book Tours for an honest review.
This is the second book by Susan Spann that I've read and I'm just as awed as the first time I read her.  Spann delivers an action packed, one-stop adventure, mystery ridden story.  Hiro and Father Mateo were very interesting characters and I can't think of two people that could have been more different.  This is the third book in the Shinobi series.  Even though I did not read the first book in the series, and the books can be read as stand alone.  Although I do recommend reading them in order to full appreciate the series.

Spann has a natural talent for writing about Japanese culture. She uses the setting and mixes in incredible and memorable characters.  The story begins with a murder and as the story unravels more characters are added. Each character brings an interesting perspective and insight.  I highly enjoyed this story and recommend to anyone that is not only looking for mystery and adventure but an incredibly satisfying read!
. 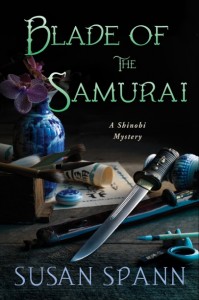 About Blade of the Samurai

June, 1565: Master ninja Hiro Hattori receives a pre-dawn visit from Kazu, a fellow shinobi working undercover at the shogunate. Hours before, the shogun’s cousin, Saburo, was stabbed to death in the shogun’s palace. The murder weapon: Kazu’s personal dagger. Kazu says he’s innocent, and begs for Hiro’s help, but his story gives Hiro reason to doubt the young shinobi’s claims.
.When the shogun summons Hiro and Father Mateo, the Portuguese Jesuit priest under Hiro’s protection, to find the killer, Hiro finds himself forced to choose between friendship and personal honor. .
.The investigation reveals a plot to assassinate the shogun and overthrow the ruling Ashikaga clan. With Lord Oda’s enemy forces approaching Kyoto, and the murderer poised to strike again, Hiro must use his assassin’s skills to reveal the killer’s identity and protect the shogun at any cost. Kazu, now trapped in the city, still refuses to explain his whereabouts at the time of the murder. But a suspicious shogunate maid, Saburo’s wife, and the shogun’s stable master also had reasons to want Saburo dead. With the shogun demanding the murderer’s head before Lord Oda reaches the city, Hiro and Father Mateo must produce the killer in time . . . or die in his place.
.Blade of the Samurai is a complex mystery that will transport readers to a thrilling and unforgettable adventure in sixteenth-century Japan.
Praise for Blade of the Samurai:
“Hiro and Father Mateo’s second adventure combines enlightenment on 16th-century Japanese life with a sharp and well-integrated mystery.” —Kirkus
“A strong second entry in a very promising series.” —Booklist
.Check out the first six chapters HERE. 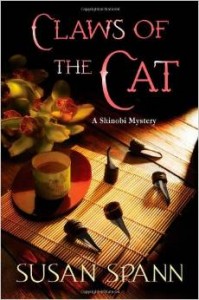 About Claws of the Cat

286 pages
Publisher: Minotaur Books (July 16, 2013)
May 1564: When a samurai is brutally murdered in a Kyoto teahouse, master ninja Hiro has no desire to get involved. But the beautiful entertainer accused of the crime enlists the help of Father Mateo, the Portuguese Jesuit Hiro is sworn to protect, leaving the master shinobi with just three days to find the killer in order to save the girl and the priest from execution.
The investigation plunges Hiro and Father Mateo into the dangerous waters of Kyoto’s floating world, where they learn that everyone from the elusive teahouse owner to the dead man’s dishonored brother has a motive to keep the samurai’s death a mystery. A rare murder weapon favored by ninja assassins, a female samurai warrior, and a hidden affair leave Hiro with too many suspects and far too little time. Worse, the ninja’s investigation uncovers a host of secrets that threaten not only Father Mateo and the teahouse, but the very future of Japan.
Debut author Susan Spann delivers a riveting mystery filled with rich period detail and a fine sense of Japanese culture. Claws of the Cat boasts a detective like no other and a world never seen before in crime fiction.

BLADE OF THE SAMURAI:
Amazon:  http://www.amazon.com/Blade-Samurai-Shinobi-Mystery-Mysteries/dp/1250027055 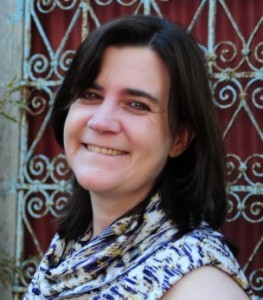 Susan Spann is a transactional publishing attorney and the author of the Shinobi Mysteries, featuring ninja detective Hiro Hattori and his Portuguese Jesuit sidekick, Father Mateo. Her debut novel, CLAWS OF THE CAT (Minotaur Books, 2013), was named a Library Journal Mystery Debut of the Month. Susan has a degree in Asian Studies from Tufts University, where she studied Chinese and Japanese language, history, and culture. Her hobbies include cooking, traditional archery, martial arts, and horseback riding. She lives in northern California with her husband, son, two cats, and an aquarium full of seahorses.
.