Flask of the Drunken Master by Susan Spann/ Guest Post August 1565: When a rival artisan turns up dead outside Ginjiro's brewery, and all the evidence implicates the brewer, master ninja Hiro Hattori and Portuguese Jesuit Father Mateo must find the killer before the magistrate executes Ginjiro and seizes the brewery, leaving his wife and daughter destitute. A missing merchant, a vicious debt collector, and a female moneylender join Ginjiro and the victim's spendthrift son on the suspect list. But with Kyoto on alert in the wake of the shogun's recent death, a rival shinobi on the prowl, and samurai threatening Hiro and Father Mateo at every turn, Ginjiro's life is not the only one in danger.

Will Hiro and Father Mateo unravel the clues in time to save Ginjiro's life, or will the shadows gathering over Kyoto consume the detectives as well as the brewer?


Praise for Claws of the Cat

"Spann matches period detail with a well-developed whodunit plot in her promising debut, the first in a new series set in 16th-century Japan."

Book One: Claws of the Cat (Library Journal Mystery Debut of the Month)
Book Two: Blade of the Samurai
Book Three: Flask of the Drunken Master


Flask of the Drunken Master Available at Susan Spann acquired her love of books and reading during her preschool days in Santa Monica, California. As a child she read everything from National Geographic to Agatha Christie. In high school, she once turned a short-story assignment into a full-length fantasy novel (which, fortunately, will never see the light of day).

A yearning to experience different cultures sent Susan to Tufts University in Boston, where she immersed herself in the history and culture of China and Japan. After earning an undergraduate degree in Asian Studies, Susan diverted to law school. She returned to California to practice law, where her continuing love of books has led her to specialize in intellectual property, business and publishing contracts.

Susan’s interest in Japanese history, martial arts, and mystery inspired her to write the Shinobi Mystery series featuring Hiro Hattori, a sixteenth-century ninja who brings murderers to justice with the help of Father Mateo, a Portuguese Jesuit priest. When not writing or representing clients, Susan enjoys traditional archery, martial arts, horseback riding, online gaming, and raising seahorses and rare corals in her highly distracting marine aquarium. Susan lives in Sacramento with her husband, son, three cats, one bird, and a multitude of assorted aquatic creatures.

Monday, July 6
Excerpt at What Is That Book About

Thursday, July 9
Interview at Oh, for the Hook of a Book!

Thursday, July 30
Guest Post & Excerpt at at Oh, for the Hook of a Book!
Spotlight at CelticLady's Reviews

The word “ninja” often inspires visions of black-clad supermen who leap from rooftops to silence their enemies with a single stroke of a sword or a metal star. In truth, real ninjas—also known as shinobi—were master spies as well as assassins, and employed a wide variety of unusual weapons and tactics to complete their secret missions. Since many shinobi operated as undercover agents and spies, rather than just assassins, they developed a variety of specialized tools to aid in these endeavors, too.

During the 16th century, the two most active shinobi clans operated from bases in the mountainous regions of Iga and Koga (sometimes written “Koka”). Today, the little town of Iga is home to a ninja museum that displays a variety of the unusual weapons shinobi used—many of which also feature in my Shinobi mysteries.

Most people know about shuriken, the “throwing stars” made famous in the Hollywood ninja films. However, real ninjas also used shuriken as fistload weapons for stabbing victims at close range. Shuriken came in a variety of shapes and forms, from pointed bars to the more familiar star-shaped types we see in films and on TV:

Shinobi also studied the manufacture and use of explosives. Bamboo tubes made handy casings; shinobi loaded them with explosive compounds in a variety of sizes, from little firecrackers to incendiary bombs:

Smoke bombs were also useful, both as distractions and as cover for getaways:

Shinobi often concealed these, and other, devices in hidden pockets inside their clothing, as this model from the ninja museum shows:

Medieval Japanese clothing did not usually feature pockets, which made the shinobi’s clothing even more unique. Many shinobi wore disguises designed to allow them to pass as merchants, farmers, or samurai, and pockets were sometimes sewn into the disguises as well.

But not all special ninja tools were lethal, or able to fit in a pocket. For missions that required crossing reedy rivers or castle moats, the shinobi developed special wooden shoes called mizugumo, which allowed the wearer to cross over water—assuming he or she had the balancing skills to stay afloat!

One of the most exciting parts of writing a mystery series set in medieval Japan and featuring a ninja detective is finding new and interesting ways for my shinobi, Hiro, to use his ninja skills—and weapons—to help him solve murders in 16th century Kyoto. I try to feature a different shinobi weapon in every book, to give Hiro, the readers, and me something new and exciting to enjoy in each installment. The newest novel, Flask of the Drunken Master, offers some special challenges, which Hiro answers by dipping into the very arsenal I’ve described above.

Which weapons does he choose? I hope you’ll join the adventure and find out!

Susan Spann writes the Shinobi Mysteries, featuring ninja detective Hiro Hattori and his Portuguese Jesuit sidekick, Father Mateo. Her third novel, FLASK OF THE DRUNKEN MASTER, released on July 14, 2015. When not writing or practicing law, she raises seahorses and rare corals in her marine aquarium. You can find her online at http://www.SusanSpann.com, on Twitter (@SusanSpann), and on Facebook (SusanSpannAuthor), where she regularly blogs about Japan, publishing law, and seahorses. 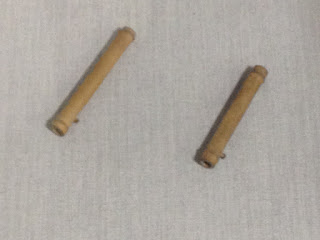 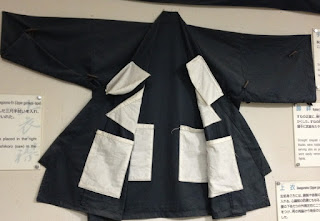 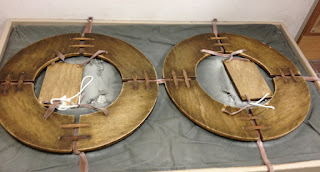